Will you be turning left or right for that Valentine’s Day kiss - It’ll depend on who you’re kissing! 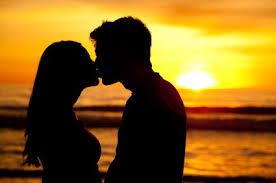 As Valentine’s Day approaches, love is in the air. One sure-fire way to express love towards someone, be it a partner or even a child, is with a kiss.

A recent study in Laterality demonstrates how the direction turned during a kiss differs depending on whether the kiss is shared between romantic partners or between a parent and child.
Previous studies suggest couples favour turning right when sharing a romantic embrace with their partner. Evidence also suggests that there is a stronger turning bias for kisses between males i.e. fathers and sons, in comparison to females. The aim of the new study was to investigate if turning direction was consistent between parent-parent and parent-child kisses, and whether gender played a role in turning bias between parent-child kisses.
The research was conducted using archival analysis – 529 images of parent-child kissing were collated from various websites such as Google Images, Pinterest and Instagram, and consisted of a mixture of father-daughter, father-son, mother-daughter, and mother-son kisses. Romantic ‘parent-parent’ kisses were tested using 161 photos sourced from Google Images. The ‘romantic’ images all featured at least one child as this suggested that the couple in the photos were parents.
Authors Jennifer Sedgewick and Lorin Elias discovered a significant left-turn bias between parent-child kisses, with little difference between mothers and fathers. They suggest that this reversed turning bias is a result of learned lateral behaviour, as parents often cradle their children using their left arm, therefore they kiss them in the same direction. 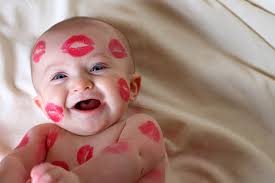 The study supports previous findings that couples tend to turn right for romantic kisses. Research into brain function identifies heightened activity in the left anterior cingulate cortex and caudate regions in couples entering into new romantic relationships. Couples associate kissing with feelings of reward, therefore right-turned kisses could be associated with the increased use of the brain’s left hemisphere. Couples may then continue to sway to the right due to their learned behaviour from their relationship’s early days.
This study highlights that the direction of a kiss is not only determined by emotion, but also by laterality and learned behaviour. 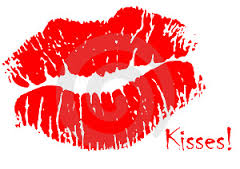