Giveaway - BEAUTY AND THE BEAST – A CHRISTMAS ROSE

November 07, 2017
Christmas is my all time favorite holiday and it is coming up fast. Let's start preparing for the holiday season by giving things away! You can win 4 tickets to the show for your family by entering below!

BEAUTY AND THE BEAST – A CHRISTMAS ROSE


Tickets are available online at Ticketmaster.com/PantoPasadena or by calling 626-449-7360. Group discounts (for groups of 8 or more) are available by emailing groups@americanpanto.com. 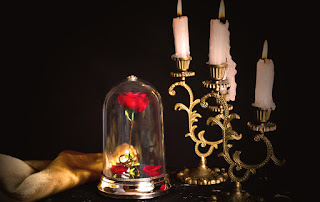 BEAUTY AND THE BEAST – A CHRISTMAS ROSE marks Lythgoe Family Panto’s inaugural production at the venerable Pasadena Civic Auditorium and their sixth consecutive Panto presentation in Pasadena, five of which were presented at Pasadena Playhouse, the State Theater of California. As part of the organization’s ongoing commitment to develop theatre for young audiences, a portion of Lythgoe Family Panto’s proceeds from BEAUTY AND THE BEAST will be donated to Pasadena Playhouse’s outreach and education programs.

Lythgoe Family Panto produces fun, musical theatre the whole family can enjoy. Known for their creativity and involvement in television hits “American Idol” and “So You Think You Can Dance,” the Lythgoes are dedicated to bringing affordable theatre to families across America. Based on the Grimm fairy tales and others, each story has been modernized with topical scripts for parents and well known pop songs for kids. The Lythgoes pride themselves on creating a memorable experience a family can share together.