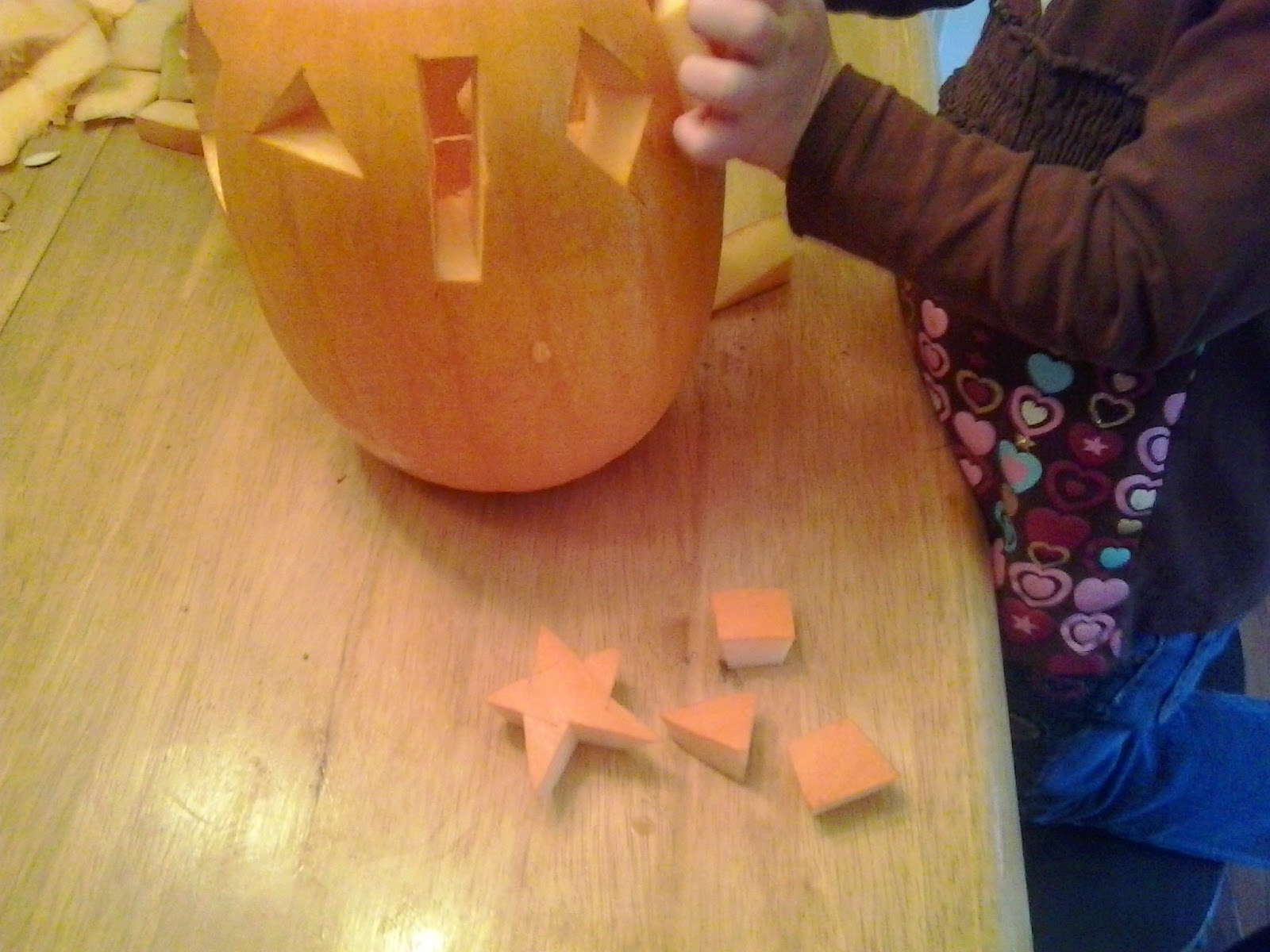 So Halloween is here and it is going to be fun. As I was carving my pumpkins last night I realized that they will get all of their use just sitting there looking good. What if you could get some better uses out of your pumpkins? The kids absolutely loved my idea to make a pumpkin puzzle. 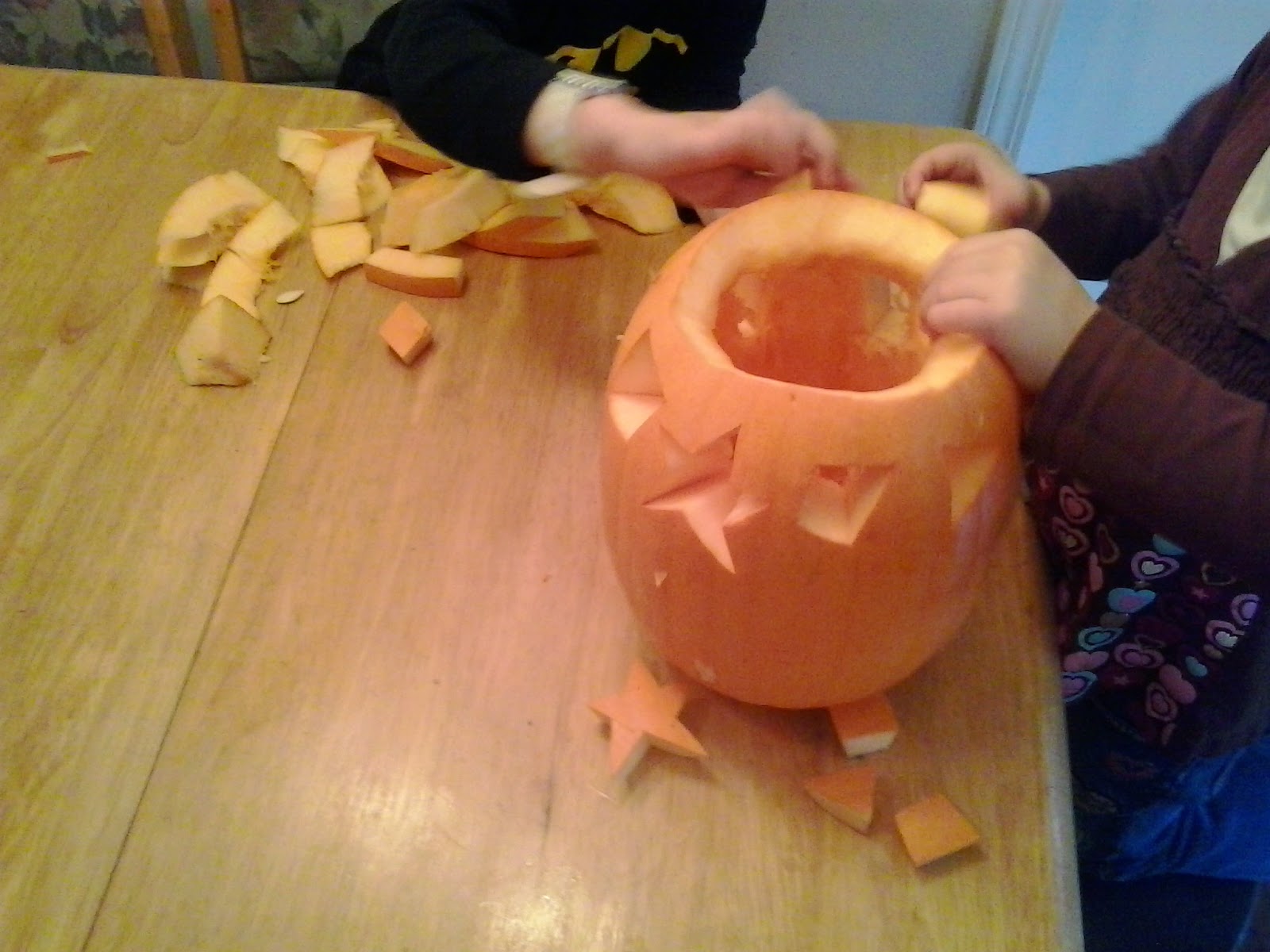 Simply cut out some simple shapes in your pumpkins and let the kids pop them back in. My kids sat at the table for hours playing with their pumpkin puzzle.

The truth about tampering with Halloween candy!

When kids start wolfing down their Halloween treats, there’s always one grim specter lurking in the back of parents' minds: what if some madman had filled their candy with poison, razor blades, needles, or some other decidedly terrifying foreign substance? But has this ever actually happened? Let’s take a look at how realistic these fears are.


Has anyone ever really handed out poisoned Halloween candy?

To random children? Not that we know of. In 1974, an eight-year-old Houston boy named Timothy O’Bryan died after eating cyanide-laced Pixy Stix while trick-or-treating. Although the poisoning initially looked like it might have been the work of a deranged homeowner, the investigation into O’Bryan’s murder soon centered on his father, Ronald Clark O’Bryan.
A bit of digging revealed that Ronald O’Bryan had recently taken out hefty life insurance policies on both of his children, and police quickly built a case, albeit a circumstantial one, that O’Bryan had given both Timothy and his daughter, Elizabeth, the poison candy to try to collect on the policies. To help cover his tracks, O’Bryan also gave two other children cyanide Pixy Stix. Luckily, his daughter and the other two children had passed up the poisoned powders in favor of other treats.
O’Bryan was eventually convicted and executed for murdering his son. While his crime was certainly a horrific one, it was hardly the sort of random poisoning that parents fear.


So nobody’s ever died from poisoned Halloween candy?

By all indications, no. Snopes has collected an impressive array of stories where randomly poisoned Halloween candy was blamed for deaths, though. In 1970, a five-year-old in Detroit died after ingesting a massive amount of heroin. Tests on his Halloween candy showed that some had been sprinkled with the drug, but the police actually learned the tragic truth behind the boy’s death. He had stumbled across his uncle’s heroin stash and mistakenly eaten it. His family then sprinkled the drug on the boy’s Halloween candy to throw off investigators.


Why so many scares, then?

It’s easy to see how these urban legends have taken hold because they’re so terrifying. After all, parents spend 364 days of every year telling their kids not to take candy from strangers precisely because it might be poisoned, then give the thumbs-up to taking snacks from every house in the neighborhood on Halloween. It’s only natural that parents would get a little nervous. Plus, after the terrifyingly random Tylenol murders of 1982 where seven Chicagoland people died after taking randomly poisoned pain medication, many people have been more than a little nervous about crazed poisoners.
Of course, the scares get a real boost every few years when someone, often a parent, dies while eating Halloween candy or immediately afterwards. Statistically, you’d expect just as many people to randomly drop dead on Halloween as any other day of the year, but any time a parent has a fatal heart attack after eating a miniature Butterfinger, the poison candy scourge gets the blame until the autopsy results come back. Everything from heart failure to fatal bacterial infections have been initially blamed on poisoned candy.


Okay, so there’s probably no poison in my kids’ Halloween candy. What about razor blades and needles?

Now here’s what you should really be worried about. Actually, “really be worried about” is too strong of a wording; let’s say this is what should mildly concern you. Unlike randomly poisoned candy, there are verified reports of sharp objects being placed in random trick-or-treaters’ candy. Fortunately, though, these incidents hardly qualify as an epidemic. In fact, they’re really, really rare.
According to Snopes, since 1959 there have been around 80 reports of sharp objects adulterating food. The great bulk of those reports turned out to be hoaxes, and even when the stories turned out to be true, the needles or blades were usually placed in the food by a relative or friend who had a really boneheaded idea of what constitutes a good prank. Hardly the sort of crazed loners who should be keeping us awake at night.
Moreover, compared to cyanide poisonings, the potential downside of biting into a sharp object is fairly low. The worst of these verified reports resulted in someone needing to get a few stitches to close a cut in the mouth. While that would certainly be enough to ruin your day, and you should obviously still inspect your child's bag of Halloween loot, it’s not quite as terrifying as keeling over with a Jolly Rancher in your mouth.


Has anyone been caught for one of these needle attacks?

Despite decades of parental worry, the first organized attempt to spoil Halloween with sharp objects didn’t happen until 2000. That year James Joseph Smith of Minneapolis allegedly stuck needles in the Snickers bars he handed out to trick-or-treaters. While several of the children bit into Smith’s nefarious bars, he could hardly claim a huge victim toll. The only injury was to a teenager who was pricked by one of the needles, and even he didn’t need to go see a doctor for his relatively small wound. Police charged Smith with one count of adulterating a substance with intent to cause death, harm or illness.


Anything else weird turn up in Halloween candy?

How about pot? In 2000, parents began finding an odd trick mixed into their children’s treats: Snickers wrappers stuffed with marijuana. Police jumped on the case and quickly traced the wacky chocolates back to a homeowner who seemed truly confused about the whole hullabaloo.
Eventually, the police and the homeowner pieced together what had happened. The man worked in the dead letter office at a local postal facility, and when he found a bag of Snickers in a lost package, he brought them home to give out as treats. He hadn’t realized, though, that the candy bars were actually someone’s attempt at smuggling pot through the mail.