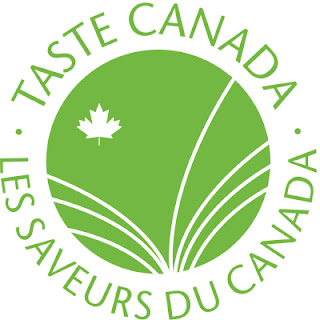 Taste Canada Awards to honour Canada’s best culinary writers in six categoriesCall for Submissions: 2016 Food Blog Category - Starting February 24Deadline for Book Submissions: February 24 Taste Canada Awards (tastecanada.org) invites all Canadian bloggers to submit entries to the 2016 Food Blog Category.Submissions for the Food Blog Category will open officially on February 24 (visit tastecanada.org for the submissions link which goes live on Feb 24). The deadline for blog submissions is March 24, 2016. Taste Canada will honour two blogs, one in English and one in French, authored by Canadian citizens. Three-person jury panels drawn from Canadian academic, publishing, creative, and institutional fields will review submissions. The shortlist will be announced on September 13th, 2016, and the winners will be revealed at the Taste Canada Awards Gala in the fall of 2016. The Food Blog Category was modified this year to reflect the best Canadian food blogs. Bloggers will submit five posts that best represent their blog as a whole in regards to style, tone and focus. Posts must have been published online in 2015. Submissions can be made by visiting the website, tastecanada.org. The Food Blog Category is sponsored by Canadian Lentils (lentils.ca). Taste Canada Awards promotes and recognizes world-class, Canadian-authored culinary writing. In addition to the Food Blog Category, this year, Taste Canada Awards will honour ten French and English cookbooks in five categories. Categories include: General Cookbooks, Single-Subject Cookbooks, Regional/Cultural Cookbooks, Culinary Narratives, and new this year, Health and Special Diet. The deadline to submit cookbooks is February 24th, 2016.  At the Awards Gala, a national cultural event, Taste Canada will also name the Hall of Fame Award recipient, sponsored by The Culinary Historians of Canada; and winners of Taste Canada Cooks the Books presented and sponsored by the Alberta Canola Producers, a cooking competition that invites Canadian culinary students from across the nation to compete for the title of Canada’s Best New Student Chefs. About Taste Canada AwardsTaste Canada Awards, a not-for-profit organization founded 19 years ago, is the only award in Canada that recognizes this nation’s abundance of outstanding culinary writers, both English and French. Our mission is to be the authoritative culinary writing award in Canada by showcasing and recognizing the best. Our vision is to promote Canadian-authored culinary writing so it is recognized as world class. Follow us on Twitter @tastecanada
at February 22, 2016
Email ThisBlogThis!Share to TwitterShare to FacebookShare to Pinterest
Newer Post Older Post Home