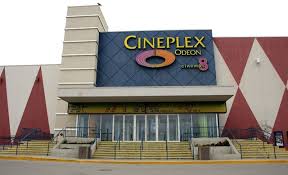 The newly renovated auditorium features one of Canada’s most powerful and immersive movie-going experiences featuring a massive wall-to-wall screen, ultra high-definition digital projection from Christie 4K projectors and powerful Dolby Atmos™ surround sound. The seats are extra-wide, high-back rocker seats, which guests will have the opportunity to reserve in advance.

“From the massive screen to incredible sound quality, Aberdeen Mall moviegoers will feel as though they’re completely immersed in the movie,” said Pat Marshall, Vice President, Communications and Investor Relations, Cineplex Entertainment. “Our UltraAVX auditoriums are always among the first to sell out, so it’s clear that our guests love enhanced entertainment experiences that can’t be replicated at home.”

The auditorium is currently showing Independence Day: Resurgence. Guests can also choose D-BOX Motion Seating, a popular premium experience that was recently made available in the auditorium. D-BOX Motion Seats allow you to move in concert with the action on the big screen.

We are giving away two cineplex passes that can be used at any location but if you live in Kamloops we highly recommend you visit the Aberdeen location for an awesome experience! Enter below! Good luck!