Where to Go on Your Next Vacation with Kids 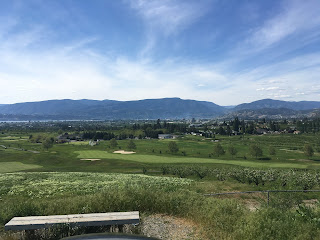 Thinking about taking your kids on a vacation? I expect you’re thinking of taking them to Disneyworld, perhaps for the third or fourth time, right? But as great as Disneyworld might be, there’s so much more out there, things that will stimulate your children’s brains as well as the rest of ‘em. Things that won’t involve them dragging you from roller coaster to roller coaster, from one Mickey Mouse to the next, slipping on ice-cream as you go! I’m talking about going further afield. Perhaps to Malaysia.

I’ll grant that Malaysia isn’t what most people first think of when they consider where to take their kids for the summer. It’s more considered a destination for adults who want to spend their days relaxing in the suns and their nights drinking at an open-air bar. But here are three good reasons you should consider Malaysia when holiday time comes around.

You don’t need the attractions of California or Orlando, because Malaysia has its own theme parks that are just as good. Do your kids like Lego? If they do, they’ll absolutely adore the Malaysian Legoland. You can stay at the resort in a Legoland hotel, in a themed room if you like, and spend your holiday partaking in brick-themed rides – but guess what, Legoland isn’t remotely the only theme park in the region. You could also take the kids to the massive indoor park in Kuala Lumpur, the Berjaya Times Square Theme Park with its exciting thrill rides, or perhaps to Sunway Lagoon, a vast water park where your children’s favorite Nickelodeon characters roam about.

You’re spoiled for choice, in all honesty, when it comes to theme parks in Malaysia. They have some of the most fun and inventive ones in the whole of Asia, if not the world.


The chance for new life experiences

Everyone knows that Malaysia is a fantastic place for adults to take a diving vacation, but did you know kids and teens (once they’re over at least 8 years of age) can have a go at diving and snorkelling too? Imagine the sea life they’ll get to see up close – some of it, you’re unlikely to see anywhere else.

But that’s not all. Active kids will love the Skytrex Adventure Park, an adventure in the trees with ziplines and rope climbing. Activities there range from easy (the Little Adventure) to difficult (the Extreme Challenge) so there’s something for everyone. Or why not skip the park part entirely, and take the kids hiking or camping in the beautiful hills of Malaysia?

Of course, new life experiences don’t have to be dramatic. Take your kids to enjoy some Malaysian street food like apom balik (stuffed pancakes that often feature sweetcorn) or chendul (a gloopy Jello-ish dessert) and see what they think. Kids who are used to McDonalds and Burger King might take a little time to warm up to new foods, but they’ll thank you for it afterwards.


The opportunities for education

The best sort of children’s holiday is one where they come away at the end having learned something. And Malaysia is fantastic for this. Do you have a child interested in science? Take them to the National Science Center in Kuala Lumpur, where kids can participate in science experiments and experience the sensation of walking on the moon, or to the Petrosains Discovery Centre in the same city, which presents fossils and exhibits to tell the story of petroleum.

Got kids who love animals and want to know more about them? Kuala Lumpur has you covered there, too. It’s home to the KL Bird Park, one of the biggest bird parks in the world, as well as the Aquaria KLCC, a beautiful and educational aquarium.

And after all that, you still have the history of Malaysia itself to explore. Your first stop should probably be George Town in Penang, a UNESCO World Heritage site which is home to many famously well-preserved historical artefacts from many eras of history including both World Wars, as well as lots of museums to check out and beautiful architecture to marvel at.


Believe it or not, that’s only a small portion of what Malaysia has to offer families with kids. Furthermore, Malaysia’s inexpensive, and it’s safe. What are you waiting for?