INSIDE AMY SCHUMER: SEASON FOUR
DVD
Street date:  May 9, 2017
Synopsis:  Go deeper Inside Amy Schumer as the hit show returns for its fourth season of too-real comedy. Whether it's dating, body shaming or any other hot-button issue, Amy Schumer is on top of it with fearless sketches, stand-up and on-the-street interviews.
Audio & Subtitles:
DVD
Special Features:
A series of sketches, interviews and stand-up routines featuring comedian Amy Schumer. She is fantastically hilarious in this season and my cheeks were aching from laughing so hard! Amy is one of the best comedians to hit the stage in a long time! 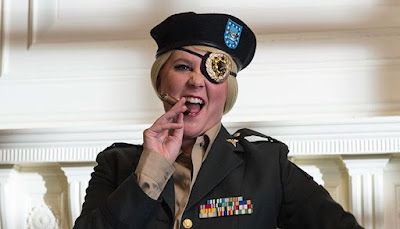 May 12, 2015
Have you ever had a craving for something but then once you looked at it you realized, I can make that myself for next to nothing? That's how I felt last night I thought about ordering in some food but then realized I really don't want to spend any money. I really wanted pizza bread from Boston Pizza. So I recreated it and oh my goodness was it ever good. Try some of these great recipes too!  Pizza Bread Dough 1 cup warm water 1 tsp instant yeast 1 tsp sugar 2 cups flour  Seasoning 1 tbsp melted butter 1 tsp garlic powder 1 tsp onion salt 1 tsp parsley 1 tsp rosemary 1 tsp basil 1 tsp oregano 1/2 tsp sugar 1. Combine the water, yeast, and 1 tsp of sugar in the mixing bowl and let stand for 5 minutes. Add the flour and salt and mix until a ball of dough forms. Roll ball onto a floured counter top and knead for a couple minutes.  2. Put dough in an oiled bowl and let rise for 30 mins in a warm place with a clean cloth draped over top. While your doug
40 comments
Keep reading >>