Lady Conniver: Dealing With Builders As A Woman 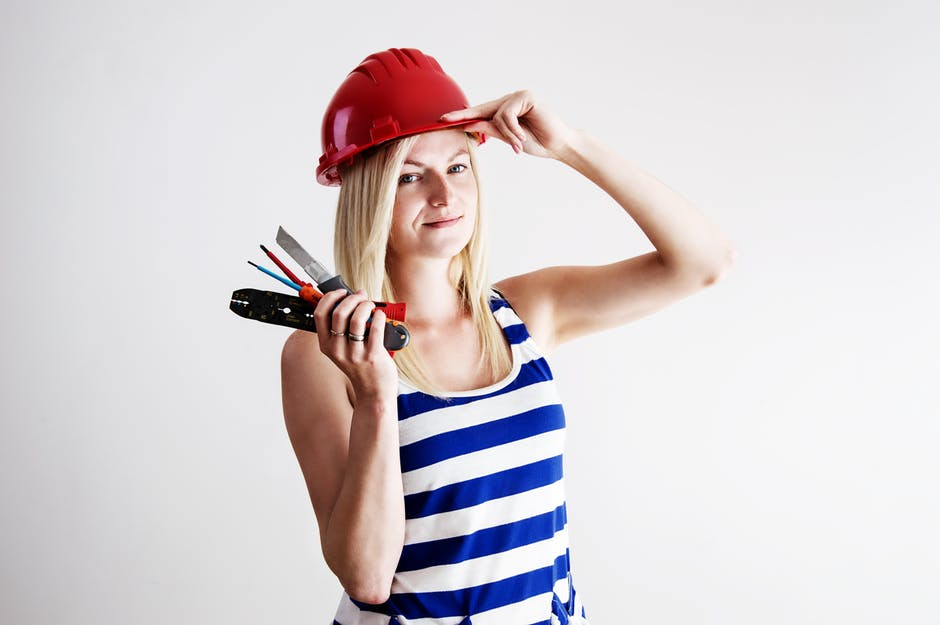 
The industry of contract building is typically a man’s world. As the stats show, the household is dominated by women, with 85% of consumer purchases agreed upon by the lady of the house. At some point, the two are going to collide and won’t be pretty if you are a woman who is naïve. Not to tar people with a brush, that’s their job, but male contractors have a tendency not to take women seriously. If you are the one dealing with the renovation, this could result in anything from feeling small to losing money. Because both are out of the question, it’s time to fight back.


As the industry is male-dominated, there’s a tendency to defer to the “expert” in the room. However, it’s different for a woman because it infers that he will be in charge. Nothing could be farther from the truth as it’s your money which means you are the boss. The best thing to do is not to give off the impression in the first place. Sure, the inner workings of the renovation may be fuzzy, but it isn’t hard to point fingers and pass on instructions. With sketches and blueprints, confidently tell the contractor what you expect. Then, he’ll be in no doubt as to who is the boss.


The building game may be full of men, but women are doing great things for the industry too. And, you should try and speak with them rather than get into a battle of the genders with a contractor. All you have to do is visit www.therenovationcompany.com.au and talk to their all-female team. Firstly, women are sympathetic to the cause, especially when they have had to fight for recognition. Secondly, women converse better with one another than having to change tact to talk to a man. As a result, the negotiations will go smoother.


“Erm, I’m not sure but I’ll ask my hubby for a second opinion.” Bad move, girl. As soon as you admit you are going to confer with your other half, it gives off the impression he is in charge. Of course, it’s a democracy and any self-respecting lady of the house would confer before making a big financial decision, but it only strengthens the stereotype. Rather than saying you will ask for help, www.thepurplefig.com advises telling them you need to think about it or look at your budget. It still stalls but doesn’t relinquish the power.


Get It In Writing


Although it may seem a little over the top, you can never be too careful. Builders aren’t the most reputable people in the world, which is one reason to draw up a contract. Secondly, the guys on the job understand they can’t try and screw you around. After all, one quick glance at the written agreement and it’s easy to see who is right and who's wrong. And, if they try and duck out, don’t continue. The odds are they will try to belittle you into feeling stupid and then charge extra.


If contractors want to be sneaky, you can turn into Lady Conniver with these tips.
at January 02, 2018
Email ThisBlogThis!Share to TwitterShare to FacebookShare to Pinterest
Newer Post Older Post Home