Did you know that May is a commemorative month? Probably not. And yet, you may have been an unwitting participant in the celebrations. We can almost hear your minds going into overdrive now, trying to remember what it is that we are celebrating. But don't worry, your mind is not slipping, as this is not one of the holidays that is frequently mentioned and you do not get a day off. 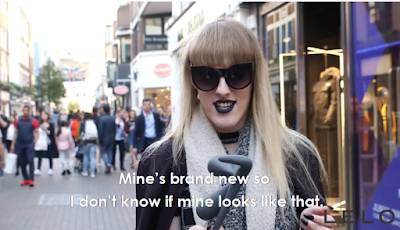 Coming on the back of a survey carried out in the UK, the world's foremost pleasure brand, LELO is back with SONA, the first ever massager to stimulate the entire clitoris. Since its introduction in October, SONA has been flying off the shelves like hotcakes and all those who had missed out on it before, now have a chance to fix that mistake - just in time for the month-long celebration of learning how to love yourself.

LELO recently took to the streets of London and carried out its own research into just how in tune we are with our bodies. The results were interesting, to say the least, revealing that most women (and men) do not even know what a clitoris looks like. Let alone, know how sensitive it is and how to stimulate it. Not altogether surprising when you see that we have been “disconnected” from this part of the female body until the beginning of the millennium. 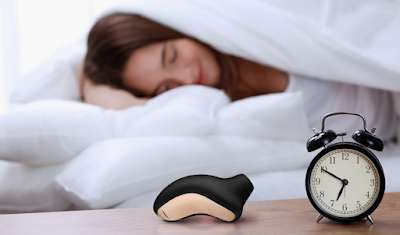 Give yourself a hand

A study has shown that almost three-quarters of women can't orgasm from vaginal penetration alone, and only eight percent can orgasm this way. The problem is shared by heterosexual women and women who are in same-sex relationships alike, as well as women when pleasuring themselves. And it appears that the problem lies in the fact that most don't possess a full understanding of their body. Human anatomy is a map, and up until recently, when it came to the anatomy of the clitoris, we were reading the wrong map. And now that it has been "uncovered" or "located," we have embarked on a journey of finding just how to "use" it. Enter LELO.

LELO SONA reveals an entirely new pleasure concept to combat age-old and incorrect assumptions about the clitoris. SONA is a sonic clitoral massager. That means it doesn't rely on vibrations like a conventional sex toy. Instead, it uses sonic waves and pulses to stimulate the entire clitoris – not just the external part you can see and touch.

It boasts eight different and intensely pleasurable settings so that you can find the perfect sensation for you. And it is 100% waterproof, as well as quiet and restrained – ideal for users who need discretion.

With SONA and SONA Cruise women will never have to lay in misery waiting for lousy sex to be over.

LELO SONA is available at LELO.com/sona for:
99 USD

LELO SONA Cruise is available at LELO.com/sona-cruise for:
129 USD

For further information or to view the full SONA and SONA Cruise specifications go to www.lelo.com.
at May 18, 2018
Email ThisBlogThis!Share to TwitterShare to FacebookShare to Pinterest
Newer Post Older Post Home