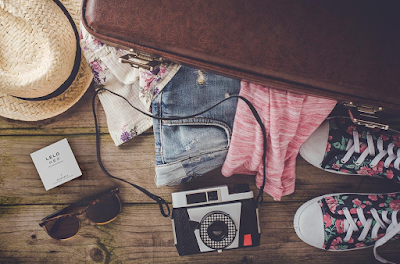 You got the tickets ages ago, finally settled on the perfect outfit, prepped your selfie stick and so the only thing left is to show up and slay the summer festival scene. But as most of you already know - that's easier said than done.

It's the same tired old story every year -  you planned everything down to the most minute detail and counted down the days until you could finally stand in front of your favorite band. You couldn't wait to blow off some steam and dance your heart out until the break of dawn, but… But. But something came up again - it started raining, you got separated from your friends, of course, the cell-reception is poor, you look like you rolled around in a giant beer puddle… You know, the usual.

The secret to having a good time at any festival, unencumbered by worries such as “I stink like a wet dog” or “I will die of thirst right this second” or “Is this condom still okay even though I had it for 5 years?” rests in detailed planning. By using a couple of more grey cells than usual, you'll successfully avoid dealing with crisis upon crisis and manage to enjoy yourself to the fullest. Yes, it makes the whole thing a whole lot less spontaneous, but it's totally worth it.

In order to save you some time and because we've all been there, here is some useful advice that will get you on the right track to the best time of your life:

Yes, it's very chic to be a rebel, but having to throw away that expensive perfume bottle you spent waaay too much on because you can't have it on festival grounds definitely does not fall under the chic category. It's just dumb. And very sad. Every festival website has the list of items that aren't allowed on the grounds. Read it and pack accordingly. Also, make sure to hit that ATM. Most places have a one-time-entrance-only policy which means you'll be stranded and at the mercy of festival economy with no money.

2. Water definitely isn't the life of the party, but without it, you won't be either.

You won't be able to get your water bottle past the security guards, so as soon as you enter, make a beeline for the first bar and get a couple of waters. Stuff them in your trusty festival backpack (a must-have), then happily order your spirit of choice. Water will save you from the merciless summer heat, and if you drink enough of it, it might even spare you from a raging hangover the following morning.

3. Pack smart and dress in layers.

Luckily, boho is always in during festival season. Make sure your outfit consists of several practical pieces that will see you through all weather conditions - rain, shine or beer spray from overzealous partiers. Focus on natural fabrics that will let your skin breathe freely (no more Eau De Wet Dog) and bring a spare shirt and a spare pair of socks. Throw away that decade-old condom and get a new one. This might be the year you finally get lucky.

4. Go analog with your meetup plans.

Think back to any concert you've been to in the past. It got pretty loud, didn't it? To avoid excess wandering and frustrating attempts to make a phone call while waving your hands in the air like an idiot who didn't care to make proper contingency plans, set up a meetup spot in case you get separated from your friends. Try to be as precise as possible. “Meet me by the beer stand” isn't precise when there are 20 of them lying around.

You'll thank us after your first encounter with the toilet. Plus they're handy at getting that cheap beer smell out of your skin.

Yes, we know it's summer and you just want to lie back and enjoy yourself. The outside world kind of fades away the moment you step onto the festival grounds and every single one of us turns into a glutton for the good times. LELO, the world's leading pleasure brand and a big advocate of the good times, wants you to make an effort and enjoy yourself responsibly. That kind of sounds like a big fat oxymoron but it makes perfect sense, just let us explain. It's really hard not to let go and enjoy the moment once the rhythm sets in. You're ready to give in and let yourself get carried away by the pulsating lights and undulating bodies and trust that all seems right with the world. Consequences? Adulthood? Responsibilities? Pish, it's summer! Remember those shiny new condoms you bought? If you treated yourself with LELO HEX condoms, it'll only take a second to slip one on, let go and completely forget that it's there. Responsible enjoyment? Doesn't seem like a longshot after all.
at July 11, 2018
Email ThisBlogThis!Share to TwitterShare to FacebookShare to Pinterest
Newer Post Older Post Home