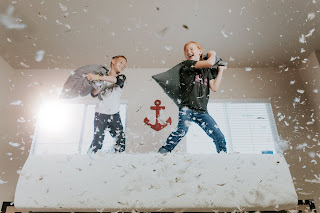 Discipline is an important part of parenting but it often leaves parents wondering if they are doing things right. Children do need to be disciplined as this is the main way they learn how to behave before entering school and the adult world.

The key to effective discipline is for you and your child to have a close and understanding relationship. You know what they’re feeling and how they act with certain emotions and they know the same with you.
We, of course, want our children to achieve high in school and do the best that they can in life and this partly depends on their behavior and their response to the consequences of bad behavior. The way that we discipline children can influence that.

There is also the question of ethical discipline too, for example, what are acceptable boundaries and when can disciplining a child step over the line and become harmful?
For example, spanking was previously a common mode of discipline for parents but it has now become somewhat taboo. There’s evidence to suggest that spanking, shouting and shaming children for doing wrong has a negative impact on them and their behavior.

With that said, let’s look at some healthy child discipline tips that work well but are also fair and don’t cross ethical boundaries.

Set Expectations
For a child to be able to understand between correct and incorrect behaviour, you need to let them know what is expected of them. This means being concise and consistent at all times on what is right and what is wrong.

This may vary form age to age, some rules which you would expect a kindergartner to follow may differ from those of a toddler, so ensure that when you explain rules to them that it is age appropriate.
Understandably, it can be slightly difficult to convey your expectations to children of toddler age and younger, as they may not fully understand what you mean. This is where the next tip comes in.

Explain and Demonstrate
Show them the correct way to behave through your own behavior. Even if they have done something wrong, speak to them in a calm manner to explain what it is that they have done wrong, and show them what they should have done instead.

This is a lot easier to do with toddlers as they are now at the age where they are starting to copy adults, build a vocabulary and improve their articulation. They particularly like to copy mom, dad or their primary caregivers and will respond well to being shown how to behave properly.

An example would be if it came to play time, they may have all their toys out over the floor, going from one to the other, as kids do. Don’t just expect them to tidy up after themselves, but don’t tidy up after them either. Position it as if you are helping them tidy up, showing how easy it is to do, and how better it is now that the place is tidy!

This way, they’ll not just learn to tidy up by themselves independently, but they’ll also be more likely to tidy as they go, instead of having a large mess to tidy up at the end.

Follow Through with Punishments
If your child still decides to break the rules after having them explained clearly, even if they have demonstrated that they understand, they need to know that there is a consequence for their decision.
If, for example, they outright refuse to tidy their toys up after themselves, you can let them know that the consequences for that decision, is to have their toys taken away from them for the next day or two.
It’s vital that if you do set a consequence that you follow through with it and don’t just give in if they protest. This can set a precedent for them to get away with receiving punishment from then on.

Attention Seeking
Sometimes a child will use bad behaviour deliberately as a means of getting attention, even if it’s bad attention. They usually do this when they are bored, or jealous.
It’s ok to ignore bad behaviour at times, especially if it’s something trivial, such as them acting up. Sometimes no attention is the best route of discipline, as long as it’s not something that causes harm or damage to property.

It can also be good to find your child something else to do rather than continual acting up because they are bored. Usually activities on tablets or smart phones keep children entertained, especially in periods when they are away from their usual activities.

Plenty of Praise
A great way to keep a child from acting up in order to get the attention from behaving badly is to make sure they get good attention and encouragement for good behaviour instead. This means recognizing when they have done something right or commendable and making them feels good that they have done it.

Things that you may sometimes overlook are also important, like tidying up after themselves, making their bed, being polite and brushing their teeth should all be regularly praised. However, don’t overdo it because the child might then expect the praise every single time and may stop behaving well when the praise stops.

Time-Out When Things Get Heated
Sometimes young children can get too much; they throw tantrums and refuse to cooperate no matter how calm you try to be! It sounds like a situation that calls for a time-out. Time-out can also be used as a punishment for breaking specific rules.

The aim is to take them away from what they are doing, to somewhere quiet, where they can’t access their toys. This gives you an opportunity to explain to them what they have done. Set a time for them to stay in time out and then they can leave once they have calmed down and thought about what they have done.
As they get older and a bit more responsible, you can ask them to leave time-out when they think they have calmed down and are ready to apologize. But if they use this as an excuse to keep breaking the rule knowing they can instantly leave time-out; it can lead to a cycle that you may wish to avoid by just using a set time.

Listen to Their Side
One of the most important traits to demonstrate as a parent, and also as a person is listening. And this means actually taking in what somebody tells you and coming up with an appropriate response.
If your child is not behaving correctly, due to being angry or sad about something, maybe they are not staying in bed. If you speak to them and ask them, you might find out why they feel the way they do or that they are scared to stay in bed and you can then find a solution to their problem.

By listening to them and trying to help them, instead of punishing them, you are demonstrating a trait that they would ideally develop themselves. On top of that, you are improving their conversational skills and ability to express their emotions in a positive manner which will go a long way to preventing bad behaviour in the future.