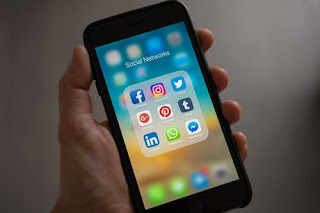 With social networking being so common nowadays, it can be easy to believe that it's okay for your kids to use social media throughout the day. After all, it helps them keep in touch with friends and family and it gives them something to do other than bother you, right? While scrolling through their feed and posting updates about their day can be positive in that it encourages them to practice reading and writing, it can also be a bad thing if they're encountering the wrong kind of content or engaging in unwise activities. With that being said, here a few reasons why you should be paying attention to what your kids are doing social media.
Their Personal Data Isn't Private, Even If You Think It Is
If you've been paying attention to the tech headlines, you might've noticed the stories about Facebook and other major social networking sites sharing the personal data of their users. Many people wrongly assume that they can simply change a few privacy settings in their kid's profile to ensure that only their friends can see their posts and interests or view their pictures. While that may work to keep other site users from openly accessing the data, the social network itself may still share that information with third-parties. In response to these concerns, we've seen the rise of a new kind of privacy-oriented social networking sites like emenator.com. There are no advertisements for a start, so you can be sure that the network isn’t looking at your cookies to tailor what to show you. They also guarantee that they won’t sell your data, so there’s no way anyone else can access it.
There's an Abundance of Age-Inappropriate Content Out There
Of course, another reason to actively monitor your kid's social networking activity is that they could easily be viewing content that is highly inappropriate for their age, even while browsing sites that you might think are safe such as YouTube or Instagram. Keep a tab on which pages they're liking, groups they're joining, and videos they're viewing or commenting on. You can do this by checking the account activity occasionally.
Real-World Criminals are Lurking
Staying safe on social media isn't just about preventing cyber-attacks, identity theft, and other problems that you might not immediately notice, as there's a possibility that a violent crime could be committed against you based on the details you're sharing. For example, there have