4 Scandinavian Recipes You Must Try 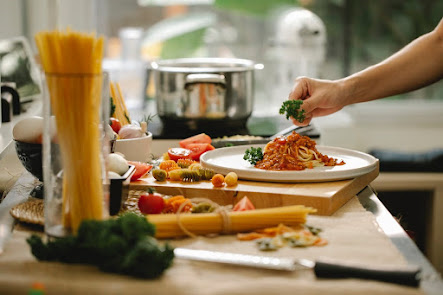 Scandinavian cuisines represent a great mix of preserving ethnicities – Finnish Crawfish boils, anyone? With a culture that’s continuously taking hype and, not to mention, mainstreaming meat-free foods – aren’t you curious to give it a go?

Don’t know where to begin? Not to worry; please put on your apron and let us virtually take you to Scandinavian heaven through some of our favorite Scandi recipes.

A giant platter of gravlax served with crackers and a variety of rye bread is an elegant dinner choice. And it takes barely any effort to make.

·         Dry-toast the peppercorns and coriander in a frying pan over medium heat. Transfer to a pestle and mortar, and grind to turn it into powder. Once done, stir in the sugar and salt.

·         Next, put the salmon in a shallow dish. Sprinkle the spice mix, press a third of the dill onto the salmon skin, and then cover fish adequately with clingfilm.

·         Unwrap the dish and remove the dill from the fish. Place salmon on a chopping board and carve thin, diagonal slices of pink flesh.

·         Make the dressing, whisk sugar, vinegar, mustard, and salt until the sugar has dissolved. Add some oil and stir in the dill.

·         Drizzle the lovely dressing over the salmon and serve with chunks of rye bread.

To add more taste, you can replace rye bread with sweet potato fries – or go with both. You can also visit MyNordicRecipes.com to master the art of making exquisite meals.

In the Danish cooking culture, pickles are a tradition. In many archetypal foods, cucumbers are marinated in sweet-sour brine and served adjacent to fried meats. Now, instead of using brine to marinate your cucumbers, why not squeeze lemon and taste the pickle saltiness? Sounds intriguing? Let’s give it a try.

·         Take a medium-sized bowl and toss the cucumbers in with the lemon and salt juice. Let the cucumbers sit for about 15 minutes. Discard and drain the excess liquid and taste the cucumbers to adjust salt and lemon juice as needed. After that, add the chervil and dill, and toss it in the cucumber bowl.

·         Transfer the mixture to a big serving platter. Also, don’t forget to garnish with edible flowers.

In Denmark, ryebread is called “rugbrød.” It is a debatably sacred dish—many bakeries stock six or seven varieties of the rich, nutty, nutritious loaves. And when the tiny crumbs fall off while slicing a piece, they’re not tossed. Instead, they are saved and soaked in beer to create this earthy, tangy breakfast treat – the rye bread porridge.

·         Pour in beer in a medium bowl and throw in the rye bread. Cover the bowl and let the bread immerse overnight at room temperature.

·         Transfer the bread-soak to a medium saucepan. Drizzle apple juice, the orange peel, cinnamon, cardamom, ½-cup water, malt syrup; let it boil at medium-high heat. Afterward, lower the heat to simmer the mixture; keep stirring and crushing the chunks of bread with a spoon until the porridge is pourable and thickened, which will take about 6-7 minutes.

·         Turn off the heat, then add salt and butter. Remove the orange peel. Pour the porridge among four bowls, and top each with crème Fraiche, fresh cheese, or heavy cream and fruit if necessary.

These caramelized pears get served with a guzzle of chilled cream. If you find organic heavy cream where the fat floats on top, skim the fat and let it rip.

·         Heat your oven to 400-degrees. On a parchment-rimmed baking sheet, align the pears in a single layer (cut-side-up). Top each pear with a little bit of butter and salt. Scatter the bay leaves and thyme over the pears and trickle with honey.

·         Bake the pears, and keep turning them to coat in the honey and butter until they are caramelized and tender. Transfer the pears to a dish and serve with a great pour of chilled cream.

We hope this virtual journey was enough to ignite your interest in Scandinavian cuisine. Try any one of these recipes, and you’ll be wonderstruck. By now, we’re sure you have fallen for the Scandinavian flavors. So why not create your Scandinavian midsummer picnic with a side of beetroot salad and cinnamon buns? It’ll be a treat for your eyes and mouth. To make the most out of these recipes, share them with your friends and loved ones.