Facts about rats, the good and bad. 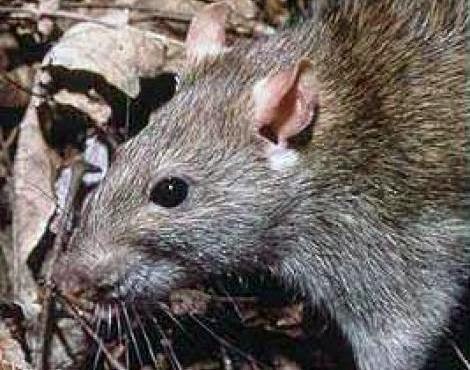 Everyone needs to know that there are two different kinds of rats. Domestic rats that are raised as pets and wild dirty rats that are nothing more then disease carriers. Domestic rats are loving, gentle, and affectionate where as dirty wild rats want nothing more then to feed on anything and take over the world. The most common mistake that people make when writing about rats is that they really do need to try and separate the two just as they would when they write about dogs and wolves or cougars and cats.

Wild rats are disgusting, they carry diseases like typhus, trichinosis, salmonellosis and rat-bite fever and eat pretty much anything. They urinate everywhere they go because they mark their territory constantly, everywhere a rat steps it's peeing. Rats eat their babies if they feel the need, they feed on other rats that are sick or dying as well as any other animal.

Did you know that rodents destroy around one-fifth of global food supply every year,  causing over $19 billion in damaged goods as well as creating more famine in the world. Rats are able to squeeze themselves into places as small as a quarter, and their bite can penetrate a toenail. Since rats get into food so often, the U.S. Food & Drug Administration actually allows a set amount of rat droppings in commercial food products.

Rats are the largest single group of mammals in the entire animal kingdom because they mate with any other rat, from brother to sister, mother, to son and everything in between.

Rats are to blame for the Black Death, Bubonic Plague and other notorious plague outbreaks. Infected fleas spread the Yersinia pestis bacterium (a.k.a. plague) to rats, and the rats then passed it along to humans.

Rats' front teeth grow 4½ to 5½ inches each year. Rats wear them down by constantly gnawing on everything in their path, including cement, brick, wood, lead pipes, and other small animals.

Rats reproduce at a dramatic rate and it has been heard of for a rat to have somewhere near 2000 babies within their 5 year life span.

A rat can fall as far as 50 feet without getting hurt. A rat can also survive being flushed down a toilet, they can actually crawl up sewer pipes into houses.

They make my skin crawl and lately they are invading my town. As soon as the sun goes down the rats begin coming out of the bushes, I do not have any coming into my house because it is sealed shut from top to bottom but they are in my yard and under my shed.

Here is a nasty article about a baby being eaten by rats http://www.news24.com/SouthAfrica/News/Baby-awaits-surgery-after-rat-attack-20140827

Domestic rats make great pets, they actually want to spend time with you. Rats have very sensitive tummies and whiskers and love to be pet on the head as well as from the head to the middle of the back the tail area can be very sensitive.

Rats can sense electromagnetic fields, the more technology surrounding your pet rat can be hazardous to its health, and general mood.

Rats can sense your mood, they can feel whether your happy or sad and it is best to handle your pet when your in a good mood.

Rats have poor eye sight especially ones with pink eyes.

It is physically impossible for a rat to throw up.

Rats do much better accompanied with other rats. They love each others company and males are usually not aggressive to one another of they are raised together.

Rats are the smartest rodent next to ferrets. They can figure out mazes, walk tight ropes, sit, fetch, lay down, roll over, and much more. They are smart enough to play tug of war and even hide and seek.

It is very important to keep a clean cage so your rat doesn't die from respiratory problems caused by the ammonia found in urine.

There is an excellent resource about pet rats here: http://www.petrats.org/care_sheet.aspx

Feel free to leave any facts you have about rats in the comments below, and join me tomorrow when I discuss options for removing wild rat infestation.