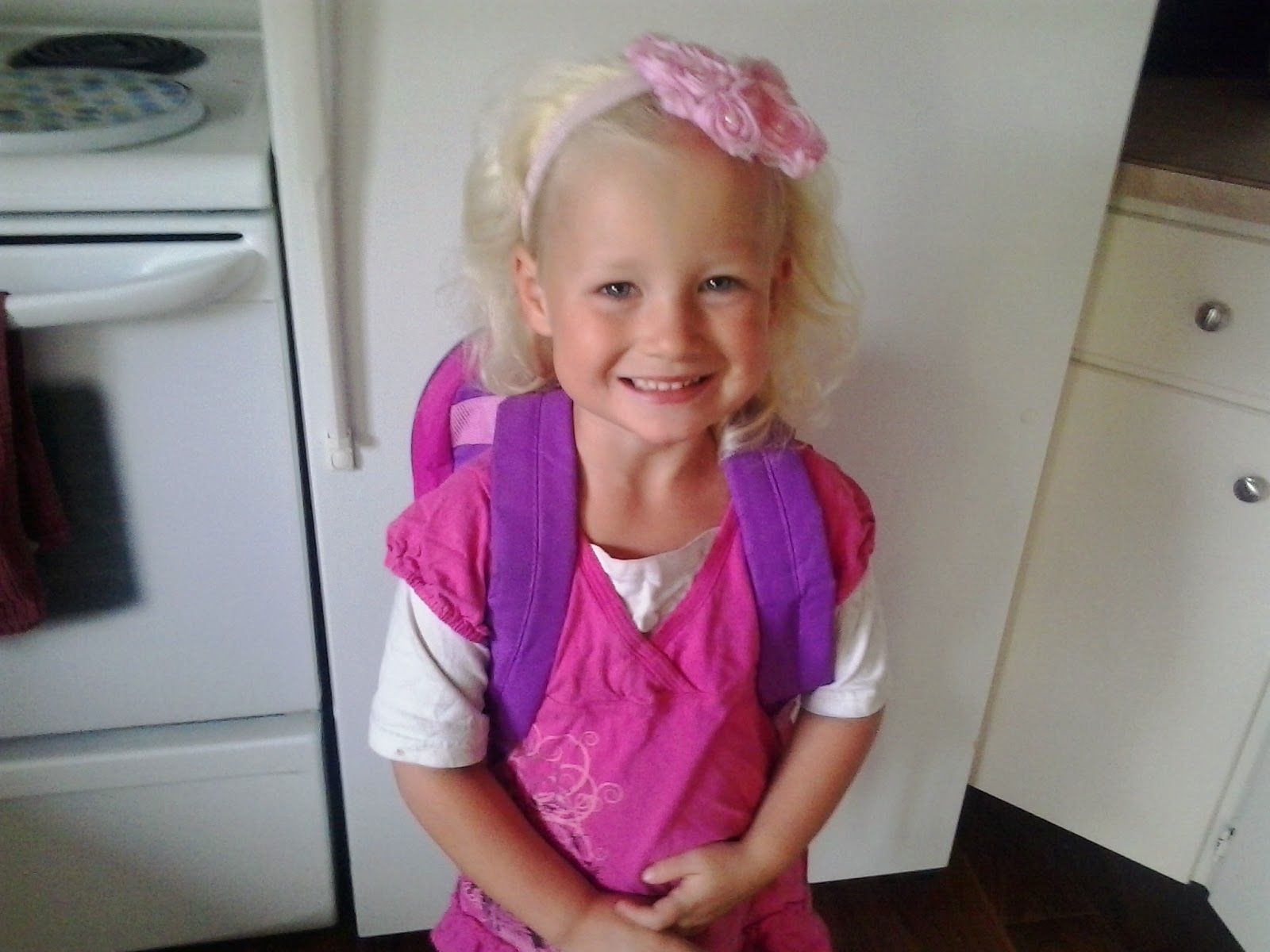 A sweet little twinkle in her eye and an adorable little personality my daughter is just like me when I was little. So far for her preschool has been a breeze and she has been going by with no conflict or crisis. That being said the following story is not about her, it is about me.
When I went into Kindergarten (first day) I was sweet and innocent just like my daughter, with a secret that nobody knew. That secret was that nobody messes with me and gets away with it, I had a mean right hook. As I was playing on the playground minding my own business I could see on the other side of the playground my brother being picked on by an older girl. Well I took my tiny little fists all clenched up and marched right on over there to tell he to leave him alone. I had my word with the girl and don't remember what was said, but the next part is fresh in my mind. An older boy came into the scene and decided to taunt me by calling me a "Kindergarten Baby" he was saying it over and over with a cruel voice. As I got angry I warned him to stop and I remember it clear as day, but he kept doing it. Finally when I had enough I clenched my fist as hard as I could and swung at his face like my life depended on it. He dropped like a sack of potatoes, with his nose dripping blood all over his pants.
All I remember after that s being grabbed by the principal and of course that upset me so I began crying and yelling "I warned him to stop!" First day of Kindergarten and I was in the principals office with my mother one her way. Now that is a School Yard Catastrophe!