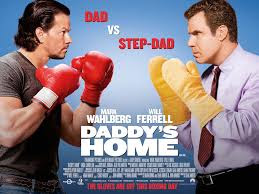 WILL FERRELL AND MARK WAHLBERG STAR IN THE ULTIMATE
DAD VS. STEP-DAD SHOWDOWN

Own the Hilarious Family Comedy on Blu-ray™Combo Pack March 22, 2016
Get it on Digital HD Two Weeks Early on March 8 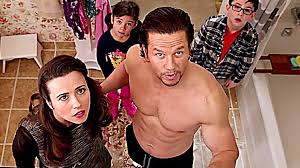 HOLLYWOOD, Calif.  – “The laughs keep coming” (Neil Pond, Parade) in the  hysterical “feel-good comedy” (Calvin Wilson, St. Louis Post-Dispatch) DADDY’S HOME, arriving on Blu-ray Combo Pack, DVD and On Demand March 22, 2016 from Paramount Home Media Distribution.  The film debuts two weeks early on Digital HD March 8.
Will Ferrell and Mark Wahlberg “are comedy magic” (Tara McNamara, Fandango) in this uproarious, feel-good movie that offers “plenty of family-sized laughs” (Alex Zane, The Sun).  Brad (Ferrell), who always dreamed of having the perfect family, is determined to become the best step-dad to his new wife's (Linda Cardellini) children. But when their biological father Dusty (Wahlberg) shows up unexpectedly, Brad’s idyllic family life is turned upside down and he must go toe-to-toe with Dusty in this hilarious family comedy that “will have you in stitches” (Jaclyn Roth, Life & Style). 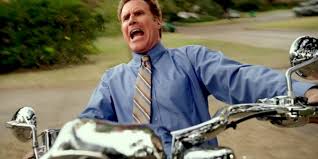 The DADDY’S HOME Blu-ray Combo Pack with Digital HD features over 45 minutes of bonus content. Go behind-the-scenes with laugh-out-loud cast interviews, deleted & extended scenes, and a look at the outrageous NBA halftime stunt you have to see to believe! Plus, for a limited time only, the Blu-ray Combo Pack includes $15 off sports tickets through Ticketmaster.

Blu-ray
·         Feature film in high definition
·         Bonus Content:
o   The Making of Daddy’s Home
§  Get an inside look at how the film was made, featuring hilarious cast interviews including Will Ferrell and Mark Wahlberg.
o   Daddy-Off
§  Sit down with Will and Mark as they discuss how their characters compete to be the "Best Dad" and how they eventually learn to share a common ground.
o   Daddy Daughter Dance
§  Join in on the fun as Will and Mark bust out their best dance moves in this behind-the-scenes look at the Daddy Daughter Dance.
o   Halftime Stunt
§  Check out the outrageous NBA halftime stunt as director Sean Anders and Will Ferrell break down the hilarious scene when a cheerleader takes a ball to the face.
o   Tony Hawk: Skater Double
§  Experience the ultimate reveal as world-famous skateboarder Tony Hawk gets back on the halfpipe while doubling for Will Farrell's character during the epic skateboard stand-off between dads.
o   Child’s Play
§  A cute and heartfelt piece showcasing the incredible talent of the child actors who play "Dylan" and "Megan" in Daddy's Home.
o   Hannibal Buress: The Perfect Houseguest
§  Go behind-the-scenes in this unfiltered featurette about rising comedic star Hannibal Buress and how he became involved in the film.
o   Blooper - Jeet Kune Do
§  See the hysterical bloopers of Mark and Will as they attempt to tell the perfect bedtime story.
o   Deleted and Extended Scenes
DVD
·         Feature film in standard definition

The Blu-ray Combo Pack available for purchase includes a Digital HD version of the film that can be accessed through UltraViolet™, a way to collect, access and enjoy movies.  With UltraViolet, consumers can add movies to their digital collection in the cloud, and then stream or download them—reliably and securely—to a variety of devices. 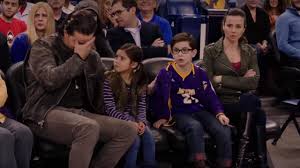 Daddy's Home was a great movie to watch with the older bunch. There is such a fantastically funny cast that you know your going to be laughing the whole time. Will and Mark make such a great team, hating one another is an easy role for them to play.

There is a few curse words through out the film but the violence is minor and the comedy is mostly clean.