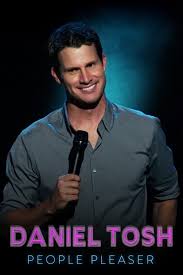 Many of Tosh's normal topics are present and accounted for here, including talk of relationships, a bit about sports and, of course, the difference between genders and races. Though he's often touched on the uncomfortable before, there are some notably dark hits in this special, which almost quiet the crowd at points. As I noted in a review of his series, Tosh expresses a sincerely frat-boy mentality, but does it with a wink that indicates that, despite the invective, he's making fun of that mindset. That's clear in one of his best jokes in this special, where he points out the limits of sarcasm. The fact that no one is safe from his jabs also ensures you can't (or at least shouldn't) get hurt by them. He targets lazy americans, billionaires, child-molesting football coaches and hoarders equally.

Though there are some memorable bits, including a show-ending pair of stories about road rage, overall it's not the funniest work Tosh has done. It definitely lands further on the clever end of the scale than the hilarious, and the audience reacts accordingly. Perhaps this is the natural result of an act that has pushed the envelope so often. Stand-up comedy is heavily reliant on the unexpected, and when the audience is braced for it, there's less of a chance to catch them unaware and get laughs.For more of this review visit DVDTALK. 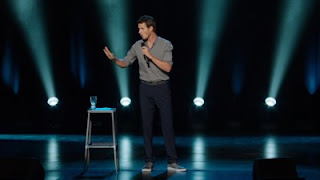 Daniel Tosh is funny once again but I would much rather watch him on Tosh.O. 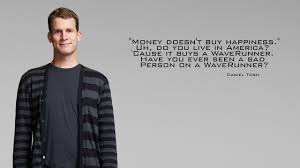