“A kick-ass blast from start to finish.”
–Simon Thompson, Forbes

Get it on Digital HD Two Weeks Early on January 17

“Tom Cruise is better than ever” (Pete Hammond, Deadline) in the "breathlessly exhilarating”(Simon Thompson, Forbes) action-thriller JACK REACHER: NEVER GO BACK, which hits the road on 4K Ultra HD™, Blu-ray Combo Pack, DVD and On Demand January 31, 2017 from Paramount Home Media Distribution. Hailed as “a fun action-packed ride” (Peter Travers, Rolling Stone), fans can be the first to get it two weeks early on Digital HD January 17.
Jack Reacher (Tom Cruise) returns to enforce his bold brand of justice in the action-packed sequel based on author Lee Child’s best-selling series. When Army Major Susan Turner (Cobie Smulders) is framed for treason, Reacher discovers she’s the target of a massive government conspiracy. With help from Turner and a mysterious new ally, Reacher risks everything to take down a powerful organization that will stop at nothing to protect its secrets.
The JACK REACHER: NEVER GO BACK 4K Ultra HD and Blu-ray Combo Packs are loaded with over 80 minutes of exciting bonus content, including in-depth interviews with the cast and crew, plus detailed explorations of Lee Child’s iconic character, filming on location in Louisiana, the intense action sequences and much more. Buy JACK REACHER: NEVER GO BACK on Blu-ray Combo Pack and get an exclusive illustrated version of Lee Child’s short story “Everyone Talks” for a limited time only. The film also boasts a Dolby Atmos® soundtrack* remixed specifically for the home theater environment to place and move audio anywhere in the room, including overhead. 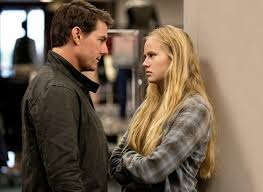 Jack Reacher must uncover the truth behind a major government conspiracy in order to clear his name. On the run as a fugitive from the law, Reacher uncovers a potential secret from his past that could change his life forever. This movie has everything from action to heartwarming and even bits of comedy. A must see for action film lovers.

The Blu-ray Combo Pack and 4K Ultra HD Combo Pack available for purchase include a Digital Version of the film that can be accessed through UltraViolet™, a way to collect, access and enjoy movies.  With UltraViolet, consumers can add movies to their digital collection in the cloud, and then stream or download them—reliably and securely—to a variety of devices. 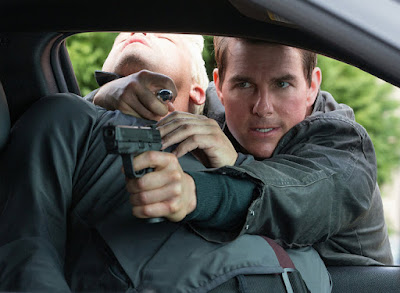 About Dolby Atmos
Dolby Atmos delivers moving audio—sound that can be precisely placed and moved anywhere in three-dimensional space, including overhead. It brings entertainment alive all around the audience in a powerfully immersive and emotive experience. To learn more about Dolby Atmos, visit dolby.com/Atmos.