Yummy Ways To Get The Kids To Eat Better 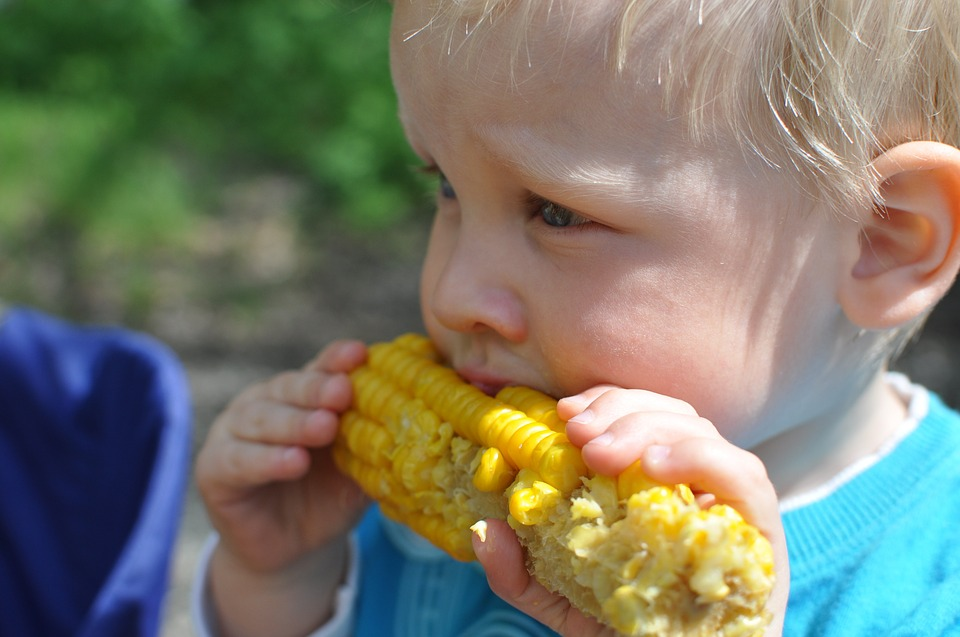 
Kids can be picky eaters, and that can make life hard for moms. Just when you want them to eat better for the good of their health, they’ll refuse. Instead, they’ll moan and cry until they get the food they want, which is usually junk food. There is nothing wrong with indulging them now and again, but parents also need to put their foot down and say no. For the most part, you want your kids to eat as healthily as possible because every mom worries about their children put in their bodies. The great news is that you can get them to eat healthier if you follow these neat tricks. The following is a list of tips from a variety of mothers other the years. After all, we have to stick together! Good luck


Does your day revolve around your child’s stomach? Most moms would agree because the kids can’t go hungry. So, when you’re out and about, you might have to get them something quick and easy just to make sure they don’t starve. Okay, they won’t starve, but they will scream the car down until they get their food. A cool trick that always works is to think ahead when you plan on leaving the house. Your kids will have a meal schedule that you want to maintain, and you can do it with a cooler box. As long as you pack the cooler with plenty of snacks and fluids, they’ll never go hungry. And, because you choose what goes in the box, you also get to pick healthy options like carrot sticks. If fruit and vegetables are the only things that are available, they will inhale it before your eyes. 
One thing that all mothers do is to try and force their kids to eat by saying something like ‘eat your vegetables.' Although the logic is sound, the execution often has flaws, the main one being that they will resist. Kids are young and naïve, but they are suspicious of authority from the beginning. The first time a parent asks them to do as they are told, they will do the opposite. So, by telling them to eat their meals, you’re doing more harm than good. The best option is to leave them to their devices and hope that they finish off the majority of the meal. Sorry to say it, but this tactic tends to be more effective than enforcing the law.


Children are growing and developing all of the time, and the same goes for their taste buds. Unfortunately, something they liked in the past might not be one of their favorites any longer. You can’t do anything about it because everyone has food likes and dislikes. All you can do is find an alternative that will last for the time being. To do that, you need to start varying the meals so that the kids have more options. There will be times when they spit it out because it’s disgusting, but you shouldn’t worry. Just make a note of the ingredients and try something new. In the end, you will find meals and ingredients that they love. And, God willing, everything will be healthy. 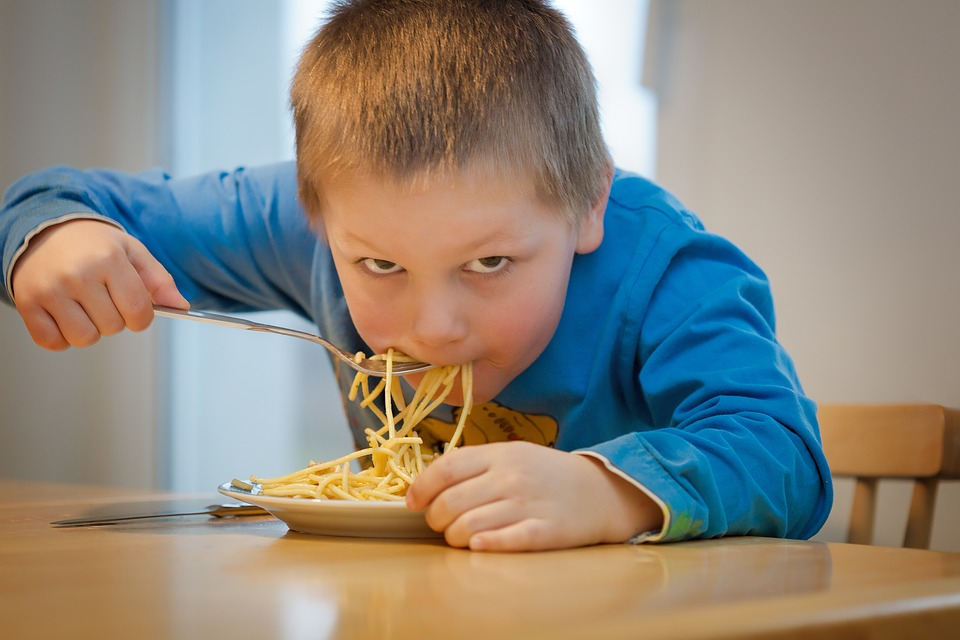 
Are you a mom that wants to make a different dish every week? It’s commendable, but it’s also a lot of hard work. Kids are skeptical of new food because they don’t like change. So, once you find the meals that they are willing to eat, there is no need to make your job as a chef more difficult. Moms need to remember that they aren’t running a kitchen in a Michelin star restaurant. Nope, the menu doesn’t have to be new and exciting because you’re not Gordon Ramsay. What you are is a mother that wants the best for her kids. With that in mind, don’t worry about feeding them the same meals. As long as they are healthy and the kids clear the plate, you have done a good job.


Kids snack, and there is no point in stopping them from eating when they are hungry. Of course, if dinner is almost on the table, there is no need to fill their stomachs. But, if the next meal is quite a way away, they will need a snack to boost their energy levels. It’s easy and tempting for moms to hand them a bar of chocolate to keep them quiet, but chocolate is junk food. At least, it is if it has less than 75% cocoa and you give it to them in large quantities. When they snack, you want them to eat lean and healthy produce. The problem is that this kind of produce isn’t tasty, so they’ll throw it in the garbage. Well, it isn’t usually delicious. Fruits like mullberries and strawberries are different because they contain natural sugars. The sugars aren’t harmful enough to do any damage, but they do enhance the flavor. The result: the kids eat them up as if they were chocolate. Snack wise, fruit is always a fantastic option. 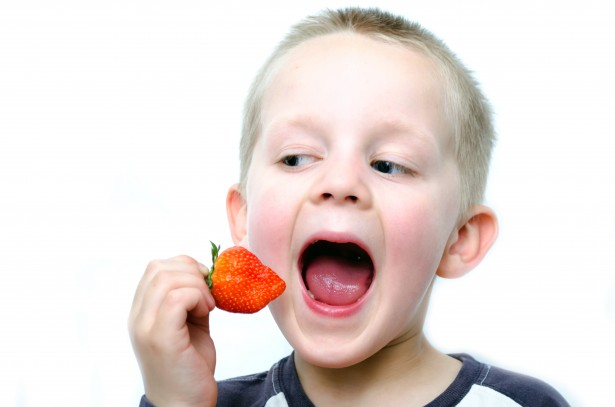 
It pays to think about your eating habits to help you with your child’s. For instance, if you wanted to eat healthily but didn’t like the taste, what would you do? The typical answer would be to add a sauce to make it go down smoother. Ketchup, mayonnaise, and mustard are a mother’s best friend because they add a different dimension to food. What was once boring is now a flavorsome and exciting meal, and the kids won’t be able to refuse. The great news is that there is a whole range of dips at your disposal which are as tasty as they are healthy. Dishes like hummus and salsa are only two examples, but they are dozens more. If the kids aren’t playing ball, hand them the tomato sauce and what their eyes bulge. Dips are so simple, yet they are very effective.


Breakfast Is The Most Important Meal


For whatever reason, kids love breakfast. In fact, they love it so much that it might be their favorite meal of the day. It’s the most important meal of the day, but for reasons you might not expect. Because kids are willing to eat in the morning, it’s an excellent time to sneak in food which they could refuse later in the day. Eggs, for example, are full of protein, a nutrient which every growing child needs for their muscles. Plus, breakfast is a chance to fill up their stomachs until lunch. If your child loves to snack, you might resent the fact that you have to feed them chocolate and sweets. With a high-fiber meal, there is no need to worry about unhealthy snacks. The fiber in cereals is often enough to keep them satisfied until it wears away. 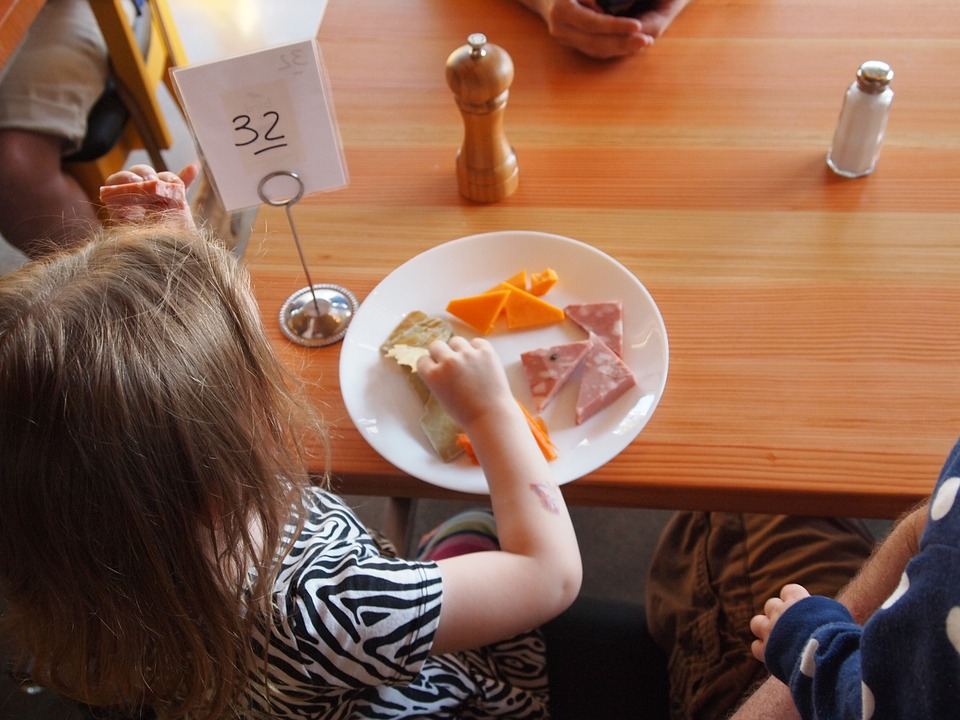 
A personal trainer follows a strict routine, but they also their clients treats from time to time. The reason they do this is that they understand the connection between moral and eating right. In simple terms, it can get boring eating healthily from dusk to dawn, which makes it harder to resist temptation. A treat boosts morale and keeps them on the correct path. In a weird way, the same works for children. Sure, your kids aren’t looking to lose weight or train for a marathon. But, you do want them to eat a balanced diet, and balanced means a mixture of everything. A slice of pizza, for example, isn’t going to hurt anyone. What it will do is keep them happy and more likely to follow the routine.


Getting the kids to stop eating junk food is never easy. In fact, it’s one of the hardest jobs that a mother faces. But, it is possible if you follow these simple steps.