Dog barking – How to stop it? 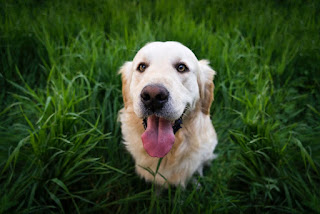 Barking is something that can pose a big problem for puppy owners. This is why most of us start teaching our dogs early how to stop barking.

There are 6 main methods that can help you prevent your puppy from barking; let’s check them out!

Dogs use barking as a way of communicating. They also tend to bark when they need something or expect you to do something. Best way to prevent this behavior is by removing the thing that caused puppy to bark in the first place.
For example, if your puppy tends to bark at other dogs, you need to bring it home as soon as it starts barking. Given that dogs love being outside this will force the dog to think over its behavior.

2. Reduce stimulation
​
Here is another tip that you can successfully use.
Dogs don’t bark all the time; they usually do it when in presence of other dogs or in certain other situations. So what’s the best way to prevent it? Getting them used to other dogs.
By spending more time in a social environment and getting used to other animals, dog will be less inclined to bark. If it still continued barking in a presence of another dog, make sure to remove one from another (they can be placed on a distance).

Puppy often uses barking as a way of communicating something to us. They often use it as a way of protesting. For example, if a dog wants a meal and it’s not yet time, it might start barking. Same goes if it wants to go outside.
It’s very important not to allow a dog to have its way. This is a very important test for both of you. If you cave in each time your dog starts barking at you, you will never be able to discipline it properly. So, make sure to ignore its pleas. Even if it barks for an hour, leave it be. When it finally stops, you can give it a treat in order to stimulate it.

Some dogs love to throw temper tantrums. Whether they’re frustrated or want to impose their will, they will use barking as a way of notifying you. Sometimes, they might even bark out of boredom.
One of the best ways to stop barking is to keep them tired. If a dog is tired most of the time, it will have no desire to bark. However, have in mind that this is only a temporary solution as you cannot play or walk your dog whenever it starts barking. Sooner than later you will have to address the issue itself.

5. Force it to do something else

Another temporary solution is to force your dog to do something else when it wants to bark. For example, as soon as it starts behaving rowdy, you can give it a toy or send it to a corner. You can also give it food or water (as a last resort given that you don’t wish to stimulate it to bark in future). For example, you can also play tug of war as it would occupy its mouth.

There is also an option of using a command. Always remember that this will take some time as the dog will first have to understand that it needs to shut up and then starts reacting to the command.
​Like with any other type of training, you can give it treats to stimulate quiet behavior.

​There you go! With these simple tricks your puppy will stop barking in no time!