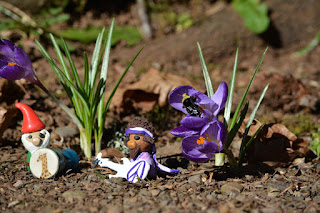 When your child needs downtime, it’s tempting to pop in a video.

But what if he or she gets wound up or stressed out watching “kid friendly” shows?

When it comes to choosing children’s movies that will help your kids deeply relax and de-stress, five elements are key, according to Dr. Steve Koc, an Oregon chiropractor, sound therapist and filmmaker.

“Each by itself is a natural de-stressor that creates physiological and hormonal shifts in the body. When you combine them together, you have a powerful agent for relaxation and stress relief.”

Koc became so intrigued by the idea of producing media for stress-relief, he created Gnomies World, an award-winning animated children’s film produced by Beyond Words Films (The Secret). It’s available on DVD, VOD or free on Amazon Prime.

The Gnomies are a merry band of characters who live in the woods, go on peaceful adventures in nature, and bring laughter to all.

“On the one hand, Gnomies World is light and silly,” said Koc. “Yet there is an underlying science in the making of this movie that is designed for deep healing. As kids get immersed into the world of the Gnomies, their brains and bodies move toward healing.

“In my four decades of healing practice, I’ve always sought out natural approaches. I've found very good results with breathing exercises and visual images that create a state of inner peace, as well as with music and sound healing,” he said.

“Gnomies World uses all of these modalities in addition to the laughter response, to create a state of deep relaxation and healing—the physiology is actually shifted.” 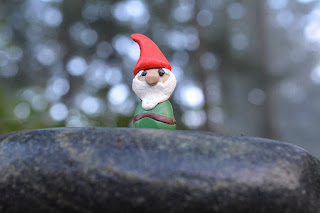 “Nowadays, popular children’s shows are loaded with sarcasm, witty put downs, and attitudes of “me, me, me”. This negativity disguised as humor trains children and adults to think and act in ways that lead to negative outcomes,” he said.

“What we watch and listen to feeds our thoughts and feelings. When we focus on positivity, we reap the benefits in physical and emotional health,” Koc said.

Nature is the star

“Without doubt, nature heals,” said Koc. “People the world over are understanding the benefits of being in natural settings, with practices like forest bathing, earthing, green spaces and just being outside. From a healing perspective, the benefits of exposure to nature are stimulation of the immune system, reduction of stress, and relaxation of the muscles.”

Gnomies World is designed to bring real-life, actual nature to children. It was filmed deep in the Oregon forests south of Portland. “I spent a lot of times outdoors,” said Koc about the filming. “I wandered out in the moss and mud with a camera.”

During the filming, Koc was surprised to see unexpected nature show up in the movie:

“Out of nowhere, a frog jumped into a scene and a curious hummingbird dropped by. A bumblebee show up unexpectedly. Nature is always interacting with us in wonderful ways.”

The soundtrack is also specifically designed to create a healing response in the body. Koc has used sound healing in his clinical practice for 40 years, and has composed and produced four award-winning healing music CDs.

“Sound therapy is well-documented as a healing modality,” he said. The movie is imbued with original music that helps relax and release tension.”

Laughter as the best medicine 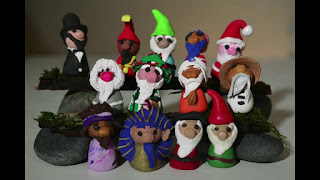 “Plain and simple, laughter heals,” said Koc. “The mind and body let go of stress when we laugh—and this is true for both children and adults.

“The feel-good chemicals of the brain, endorphins and the like, are enhanced while at the same time the stress-related chemicals such as cortisol and epinephrine are reduced. It’s well-documented that the immune system also gets a healthy boost as a result of laughing, and our breath and circulation are affected in positive ways.”

Real-life pacing
“So many movies today are paced faster than life. Gnomies World is slow and gentle. You’d think kids would get bored, but they don’t—when they actually have a chance to watch something and really observe it, they are fascinated. They relax and enjoy just being.”

Gnomies World is available on DVD or VOD from Beyond Words Films (The Secret), or FREE on Amazon Prime. For information, visit www.gnomiesworld.com

Searching for children’s films that help your kids relax? These five elements create physiological and hormonal shifts in the body:

• Sound therapy. Music is well known to shift mood. Listen for music that creates relaxation in the body.

• Laughter. The laughter response is well documented as an effective way to relieve stress and release feel-good endorphins in the body.

• Peace and positivity: Snarky sarcasm may seem funny, but this type of "put down" humor loads kids with negative thoughts.