A Look at the Mobile Gaming Industry 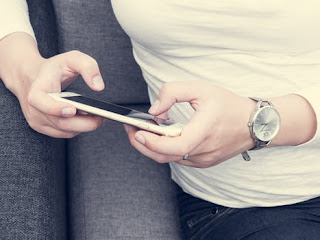 The mobile gaming revolution has taken the world by storm. When the first iPhone was released in 2008, no one really expected the App Store to take off the way it did. However, it didn’t take long for gaming to catch up with the ever-changing modern lifestyle.

PC and console games are ambitious projects aimed at dedicated players. Mobile gaming, however, made games available to everyone who had a smartphone. Most importantly, it presented games in a positive light to people who never cared about games, to begin with. That is how this new platform began to affect the direction in which the industry was growing.

Mobile gaming made games accessible to players without expensive computers. However, it also made it much easier to create games. Games which come in a smaller format are a lot cheaper to develop. You don’t always need a large studio to make a video game. That freedom has opened the door to many young developers with fresh ideas.

Naturally, every new platform creates hosts of new changes. The popularity of mobile games is changing the visual and audio design of games and introducing creative new features. It is even affecting the way stories are told via games. Without further ado, let’s take a look at the current shape of the mobile gaming industry.

With the advent of mobile gaming, traditional game studios are slowly becoming a thing of the past. Only the largest and most successful developers still have studios. Such studios employ special selections of people who spend long periods of time working on large projects.

However, when it comes to developing mobile games, many aspects of this line of work are different. Statistically speaking, most game studios of today are virtual. Since these studios work on smaller, short-term projects, they find it much easier to employ freelancers. Their employees are located in various parts of the world.

Mobile gaming has created a huge, thriving market for app designers. App design is still not an easy career, though, as it takes a great deal of sacrifice to be recognized among the competition. What you can say for sure is that this fluctuation of talents is enriching the fields with countless new points of view.

What makes smartphones so convenient is that they make many activities effortless and available on the go. Today, you can enhance almost any aspect of your life in one way or another with the right app.

Even online casinos have become available in the form of apps. Earlier, to play slots, you had to pay a visit to an actual casino. That would require time and effort. Nowadays, mobile slots are becoming more and more popular with a wide range of players. Smartphones have helped mobile slots evolve into a field of high-quality apps.

Developers all over the world have started creating mobile slots apps. Scandinavians are especially hard at work in this field. Norwegian slots players created portals such as Casinor.com to track down the best online casinos offering mobile slots games.

Playing slots generally involves money, and online slots are no exception to that rule. That is why safety is a special concern of slots players. Most of them resort to tried and tested reviews of online casinos to decide which one is worth their trust.

All the best online casinos offer mobile slots apps as a part of their deal. However, that is not all they provide to their users. For example, if you play blackjack at Wild Wins, you can experience the game in a number of fresh variants. Technology seems to be affecting the nature of gambling, too.

Mobile gaming is also affecting the relationship between the publishers and the gamers. Earlier, publishers could not bypass the consoles on which the players would enjoy the games. Today, they can communicate with the players in a more direct way than ever before.

Thanks to the fact that there is no proxy, many mobile games today are completely free to play. The only way they make income is by showing ads to players.

Publishers realized that with ads, they could make it possible for players to buy products from within the game itself. In many cases, the game gives the player the option to watch a short ad video in order to access more content.

Most mobile gamers find ads in games annoying. However, ads are very important, and in many cases, you can thank them for the number of free apps out there. Perhaps in the future, we get to see a different business model which brings new changes to how game designers make money.

Mobile games have completely transformed the idea of what gaming should be. What used to be a pretty rigid field has now become hectic in every possible way.

The huge market which exists for mobile games is attracting many users, as well as creators. Some of them flood the market with mediocre apps, while others struggle to be discovered.

Soon, it will become clear whether mobile gaming is just another fad, or if this platform is here to stay.
at June 14, 2018
Email ThisBlogThis!Share to TwitterShare to FacebookShare to Pinterest
Newer Post Older Post Home