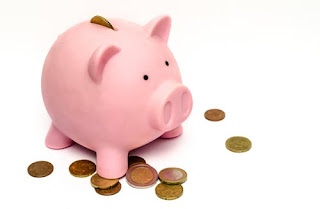 All parents want nothing but the best for their kids, and that includes growing up to be successful in life. But when it comes to money, many parents struggle terribly to teach their kids about it. The good news: even parents who haven’t been financially successful themselves can teach their kids everything they need to know about money including how misunderstood it is by the masses.

Steve Siebold is author of the new book “How Money Works: Stop Being a Sucker,” and is a self-made millionaire who has interviewed more than 1,300 of the world’s wealthiest people over the last 35 years.

His 8 tips to help parents teach their kids how money works:

-        Teach your kids to dream big: The self-made rich are the biggest dreamers in the world, and parents encourage their kids to dream beyond what they think is possible. The truth is that not all their ideas are winners, but that doesn’t discourage them from thinking about it. Encourage you kids to dream about whatever it is that motivates, excites and drives them.

-        Teach your kids to build a healthy relationship with money: Unfortunately, most people see money through the eyes of fear and scarcity. The wealthy teach their kids to look at money as a positive force in their lives, and see it through the eyes of freedom, possibility, abundance and opportunity.

-        Teach your kids to embrace conflict: Most people avoid conflict at all costs. They hate it. Teach your kids that constructive conflict can be a valuable learning mechanism. When smart people disagree on ideas, philosophies and strategies, new levels of understanding can be reached. Teach your kids to keep their emotions out of conflict and look at it through the eyes of logic and learning. If they do this, they’ll be able to use conflict to learn, grow, be more successful and make more money. Remember, conflict is inevitable, but combat is optional.

-        Teach your kids to fail forward: Teach your kids that success is usually built on a series of attempts and failures. Most of the world views failure as a death sentence. Instead of learning from the failure and moving forward, most people shrink back into their comfort zones and play it safe for the rest of their lives. Teach your kids that failure isn’t fun, but it is the required foundation of making it big. Making mistakes and the education they will give you is to be expected and embraced.

-        Teach your kids to cocoon themselves: Teach your kids to be selective over who gains access to their inner circle. The masses see this as an elitist action successful people take to isolate themselves from others because they think they’re better. That’s simply not true. Cocooning is about protecting your consciousness from the fear and scarcity mindsets that plagues the masses. Dr. Albert Einstein said, “Consciousness is contagious,” and he couldn’t be righter. Your kids will be the average of the five people they spend the most time with.