A Quick and Interesting History of the Barbie Doll 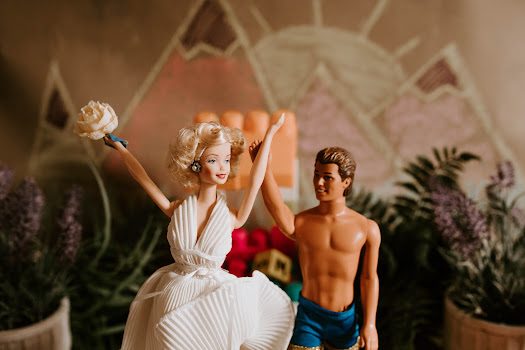 If you've ever played with Barbie dolls, it was probably a part of your life that you didn't give much thought to. It's one of the most popular and best-selling kids toys' of all time, and the doll remains a $1.35 billion industry to this day.

Learning a bit more about this doll will add context to your childhood and also help you learn more about toys for children as a whole.

Here are some things that you should know about the history of Barbie.

The first Barbie doll was released by toy giant Mattel in 1959. Even though it closed out the decade, Barbie immediately jumped to the top of the list of the most popular toys of the '50s.

The doll was the brainchild of Ruth Handler, and it debuted at the New York Toy Fair. While her background details aren't as heavily touted and stressed today, Barbie was said to be from a fictional town in Wisconsin.

Part of the reason that the toy took off so much is that it coincided with the growth of television. The first run of commercials aired during episodes of the Mickey Mouse Club.

Barbie's boyfriend, the Ken doll, was released 2 years later in 1961.

Barbie and Ken have been inseparable ever since. Well, except for that time they broke up in 2004, but they eventually reconciled in 2011. Coming out with a boy option assisted with the popularity of the doll and their relationship has consistently been a pivotal focus.

Barbie Has Held Plenty of Jobs Over the Years

The best Barbie doll from your childhood was most likely a special edition. Many of the releases coincided with the type of job Barbie worked.

Barbie has held down more than 150 jobs in her lifetime, with everything from nurse, dentist and astronaut to president of the United States. These jobs were helpful in teaching kids to expand their imaginations and dream what they want to be when they grow up.

Barbie Smiled for the First Time in 1977

Every Barbie doll you've probably ever had smiled, right? Well, you'd be shocked to know that it took Barbie 18 years to find her smile.

Yes, Barbie didn't smile until 1977. Something so small made a huge difference to the franchise and has helped it continue its iconic run.

Learn All About the History of Barbie

The history of Barbie is a rich part of American history. In learning all about these toys, you will come away with a better understanding and appreciation of them.

With Christmas right around the corner, your shopping trips will feel more informed now that you've done some background researching into the toy giant and its humble beginnings.

We can also help you out if you'd like to learn more about toys and a host of other information that you'll appreciate.

Bookmark our website and check out more of our blog posts related to business, consumer products, and several other subjects!