Las Vegas vs. Reno: Where Should You Live? 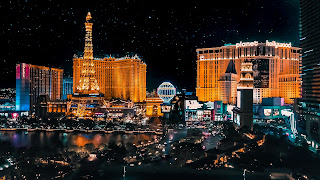 Have you considered relocating to Nevada but are torn between Reno and Las Vegas? Or maybe you’re living in Las Vegas but planning to relocate to Reno and wondering if that’s the best choice. Las Vegas vs. Reno: Where should you live? Keep reading, discover all the pros and cons of living in bose cities and decide which would be a better choice for you.

No matter what your hobbies, interests, or lifestyle are. Las Vegas may be intriguing to you if you enjoy the nightlife, limitless entertainment options, and facilities of a busy city. Reno could be a better option if you enjoy living in west-central Nevada, away from large crowds, and want to build a new home in a more small-town atmosphere. So, let’s see in detail what each city offers and compare the advantages and disadvantages of living in Las Vegas vs. Reno.

Las Vegas: All the Pros and Cons

The most populous city in the American state of Nevada is Las Vegas. It is a popular tourist, retail, entertainment, and gambling destination on a global scale. Founded in 1905, and in 1911 it received city status. It is the most populous metro region in Nevada, with over 500,000 residents in the city. Also, more than 2,000,000 people live in the Las Vegas Valley (and increasing).

Pros of Living in Las Vegas

Low Cost of Living: For a city that is expanding and is home to more than 500,000 people, Las Vegas only has a 3% cost of living increase over the national average, which is something to consider budget-wise.

Mild Climate: Most of the year is sunny and pleasant in Las Vegas. Even the winters are moderate compared to many other states, which are usually wet and gloomy.

Numerous Activities: Las Vegas never has a dull moment, and the nightlife is just one aspect of the excitement. Las Vegas has a ton of daytime attractions to accompany the exciting evening. Along with the well-known Strip and Fremont Street, Las Vegas offers museums, a wide range of outdoor activities, exotic car racing, sightseeing, and more. 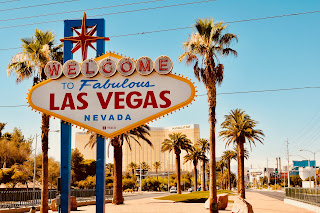 Dining Experiences: Las Vegas's culinary, artistic, and cultural industries are flourishing. If you consider yourself a "foodie," you'll like the large range of ethnic cuisines offered and both fast food joints and fine dining establishments. You may even eat at establishments run by well-known celebrity chefs like Wolfgang Puck, Guy Fieri, and Gordon Ramsay.

Cons of living in Las Vegas

In most cases, having a car is a much better option when residing in Las Vegas.

No stargazing in Las Vegas: Stargazing is more challenging in Las Vegas because of the city's thriving nightlife. You won't see many stars unless you travel far from the center of Las Vegas, which NASA claims is the brightest place on the planet.

Flora is limited: Due to Las Vegas location in Nevada's arid environment, there is little greenery. However, there are more green parks and sceneries in outlying cities like Summerlin.

Living in Reno: All the Pros and Cons 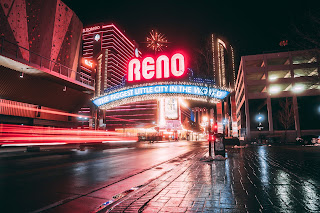 After Las Vegas, Reno has the second-highest population in Nevada. It is in the state's northwest and has a metropolitan area with about 250,000 citizens as of this writing.

Carrying the name of Union Major General Jesse Lee Reno, Reno came to be in 1868. The city's downtown section, along with Sparks, is in a valley that is colloquially known as the Truckee Meadows. The city is in the high desert at the base of the Sierra Nevada.

The Pros of Living in Reno

The traffic: The traffic in Reno is manageable, unlike in areas like San Francisco, Los Angeles, Las Vegas, and Houston, where it might take over 30 minutes to drive a few miles. That is not often an issue in Reno.

Activities and festivals: The National Automobile Museum, the Peppermill Casino, and racing aircraft are a few of Reno's prominent attractions. Skiing, visiting the Nevada Museum of Art, and strolling through one of the numerous parks are further options.

Dining options: Since the fall of the property market in 2010, Reno's culture has exploded. The dining scene is exceptionally outstanding. In Reno, you may sample food from all over the world. From upscale eateries with New York City origins to your typical fast food eatery, both of which are delectable choices.

If you’ve already tried out what living in Las Vegas is like, and would still like to stay in Nevada, then you better start planning the move to Reno. Of course, not before checking all the great things the city offers.

The Cons of Living in Reno

Cold Winters: Despite having a desert environment like Nevada, Reno receives 22 inches of snow annually on average. Winters may get fairly frigid, with highs in the 40s and lows in the 20s.

Limited Public Transport: Reno's public transportation system is not very impressive outside the city center. Bus services are available from the Regional Transportation Commission (RTC) all around the metro region. Still, you will need a car if you reside in the suburbs or wish to go outside the downtown area.

Conclusion: Las Vegas vs. Reno: Where should you live? 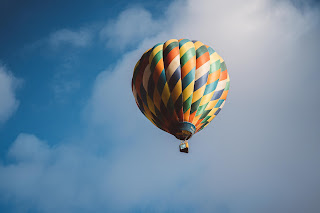 Las Vegas and Reno each have a lot to offer.

While simultaneously having access to fantastic food, a vibrant nightlife, and its facilities, Reno has a small-town atmosphere.

Reno versus Las Vegas: Which is a better place to call home? Before choosing whether Las Vegas or Reno, gather all the necessary information and do your fair share of research. Las Vegas vs. Reno: Where should you live? The answer is different for everybody; only you know which city suits you and your family’s lifestyle requirements. We hope you helped at least a little bit.
at December 15, 2022
Email ThisBlogThis!Share to TwitterShare to FacebookShare to Pinterest
Newer Post Older Post Home