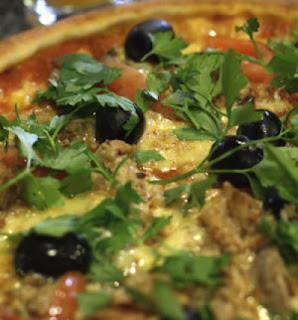 Break Out From the Ordinary
Will your culinary creations make the cut this year?
The pinnacle game of the National Football League is fast approaching, and football fans across North America are starting to think about the menu they will enjoy when Super Bowl 50 kicks off on February 7.
Much of it will be more of the same old that you would typically find on the tailgating circuit — chicken wings and chili, burgers and sausages on the barbecue — all paired with frosty cold beers. With such a significant sporting event that stands out on any sports fan’s calendar, consider upping your food game with a menu that separates itself out from the rest, but still complements great beer.
“Putting together a game day menu should not be a routine exercise,” says Desiree Sardo, director of communications and public relations at Sardo Foods. “It is a great time to flex your creativity as a host and offer a slate of items that will not only tantalize the palate, but are also likely to be more healthy and nutritious than the typical fatty and salty fare in which many sports fans are reputed to indulge.”
Football guests often like to graze across a spread of a variety of foods. Desiree’s suggested Super Bowl snacks and finger foods include:
·       Olives. Either as an appetizer or to snack on while the game is in progress, olives are a healthy, delicious alternative that will satisfy the salty craving usually filled with potato chips — without the cholesterol.
·       Shrimp. Take the standard shrimp ring up a notch by tossing poached shrimp with lemon, garlic and capers, then serving them with a basil pesto.
·       Crackers. More than a spread of crispy wafers, add some pizzazz to your cracker plate by laying out someJalapeño Buenos — feta-stuffed peppers sliced and served on crackers with kalamata pesto and cucumbers.
·       Gourmet pizza. Go beyond the pepperoni and cheese with a premium homemade pie. Try a Pizza Athena, dressed with tomatoes, oregano, garlic, and black or kalamata olives.
For more information, please visit sardofoods.ca. Join the conversation on Twitter @SardoFoods, follow along on Instagram @SardoFoods and Like Sardo Foods onFacebook. 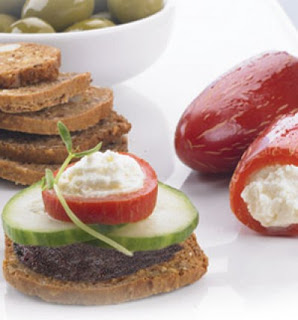 About Sardo Foods:
Family owned and operated in Canada, Sardo Foods is world renowned for bringing all the unique flavours of the Mediterranean to your family’s table. Specializing in olives, antipasti, pesto, spreads, bruschetta and more, Sardo Foods aims to make gourmet cooking and entertaining easy. Based in Bolton, Ont., Sardo Foods employs 150 people and boasts more than 200 product lines.
at February 04, 2016
Email ThisBlogThis!Share to TwitterShare to FacebookShare to Pinterest
Newer Post Older Post Home