Tricky Treats: What to Do With Your Child's Leftover Halloween Candy Stash 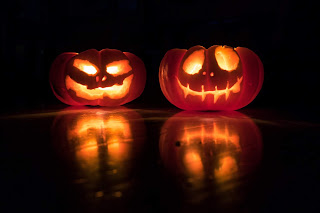 Although Halloween has come and gone, there's one thing that's often left behind -- and we're not talking about ghosts.

If your child made out like a bandit on All Hallow's Eve, it's likely that they still have quite the stash of fun-sized (or even full-sized) candies in their buckets or sacks. While Americans over the age of 18 consume 65% of the candy produced each year, this holiday makes it more likely that your kiddo has a (not-so-)healthy supply of sweets left over. And although you wouldn't want to deprive them of enjoying their spoils, you might also worry about the consequences of granting them unlimited access to their stockpile of confections.

So what should you do with your child's Halloween candy after the jack-o'-lanterns have long since been carved and the costumes have been put away for another year?

Some parents choose to throw away every piece of candy after the holiday's over just to get it out of the house and reduce the clutter. After all, roughly one in five children between the ages of five and 11 has at least one untreated cavity. Since one in four kids between the ages of five and 17 has a vision problem already, many parents want to do what they can to avoid trips to both the eye doctor and the dentist. And despite the fact that Americans planned to spend $2.6 billion on candy this year, it's clear that there are a number of families who would rather their kids not eat what others have purchased.

However, some experts recommend that parents not be so quick to completely get rid of their child's stash. That can be a confusing experience for kids and give the impression that their parents don't trust them. If you still don't want the candy in the house, however, you should consider involving your child in some way. It's likely that there are several candy donation options available in your area, for one thing. Many dental care professionals (equating to roughly 3,000 practices nationwide) participate in Halloween candy buy-backs. In exchange for a pound of candy, your child will be given $1 and the candy will be donated to troops overseas. If you or your kiddo is one of the 4 million Americans wearing braces today or someone's due for a dentist appointment, this can be the perfect opportunity to feel good about giving back. You may also be able to donate the candy to charitable organizations, homeless shelters, food pantries, or nursing homes. These acts can also teach your child the importance of helping those in need. You could even use this as an opportunity to get your family more involved in volunteer work. Alternatively, some parents might switch their child's candy stash out for a toy or something else of value.

But, of course, there's nothing that says you have to get rid of their candy at all. Some dietitians and even dentists will say that there's nothing inherently wrong with letting your child savor these sweets -- as long as it's in moderation. Although the average child under age 12 eats an astounding 50 pounds of sugar each year -- double the recommended amount -- most health professionals are fine with children having a couple of pieces every day or so. It's the binges that can do the most harm.
Dr. Kevin J. Donly, President of the American Academy of Pediatric Dentistry, told NBC News: "Frequency of exposure to sugar is a big factor [in pediatric dental health], so we recommend that access to Halloween candy be limited and parents give their children the candy when the teeth can be brushed afterwards with a fluoridated toothpaste."

Nutritionists also say that allowing kids to make choices about the types of candy they really like can be more empowering than making the decision for them. Rather than depriving them of the candy they spent time gathering (and perhaps making it more likely for them to go overboard when they do have access to the sweet stuff), come up with compromises that allow your child to enjoy their favorites over time and in reasonable ways. Involve your child in making a plan that makes sense for everyone, like picking out a couple pieces to have after dinner or including one piece in their packed lunch every day. This can help to lay the foundation for a healthy lifestyle later in life, as it's not equating candy with being "bad" but is still promoting good nutritional habits.

It's ultimately up to each individual family to decide what's best when tackling the Halloween candy issue. But with these ideas in mind, this doesn't have to be a scary problem; instead, it can be an opportunity to communicate, to teach, and to bond. What could be sweeter than that?